New Kid In Town - The House off Kavanaugh. 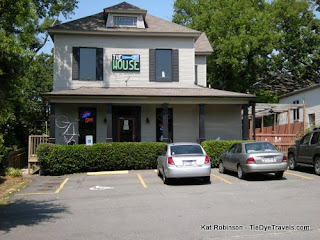 Moving into the haunts of a beloved eatery can be risky. But The House has a real chance of surviving in a rather difficult location.

The restaurant, contained within a two story house and patio off Kavanaugh in Hillcrest, received a lot of buzz in the two months before it opened, through a fan page on Facebook and 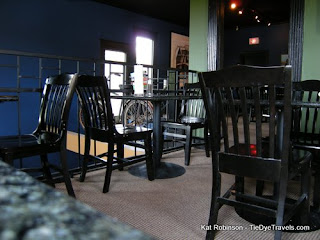 hubbub on various message boards (including a rousing debate on the Eat Arkansas blog). Of course, word of mouth like that can both save and sink ships, so I was very interested to see if the place measured up to its advanced press.

Like everyone else, my traveling companion and I ordered at the counter on arrival before going upstairs to take a seat. Fresh paint and new artwork along with a plethora of old bicycles form the majority of the new décor; dark new composite topped tables and chairs do the rest. 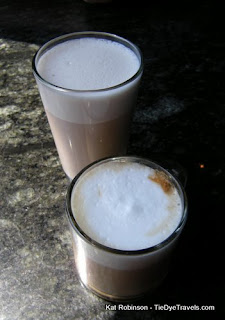 Our server found us thanks to the number on our house-shaped numbered coaster and brought us our beverages. I was impressed with the “head” of foam on our drinks; too many coffeehouses choose to throw in whipped cream and other distractions to cover up a lack of hot bubble-blasted milk froth. My cappuccino ($3) wasn’t as strong as I expected, but still very good. 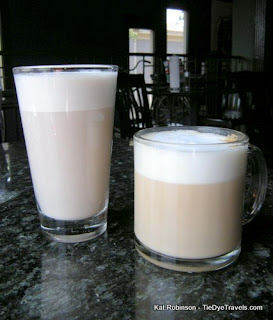 My companion’s chai latte ($3) was very rich and spicy and pre-sweetened to an acceptable level -- but was served up in a tall ale glass, which he lamented was very hot to handle. He made do with a paper towel wrapped around the glass -- thank goodness there’s a roll on every table, along with a combination salt shaker and pepper grinder.

A lot of the items promised in the advance notice for the restaurant, such as the Turkey Apple Cheddar melt sandwich and the Avocado and Mozzarella sandwich, aren’t available yet. We instead opted for a couple of the burgers on the current menu and split on the side options (a house salad or herb fries are the two options available). 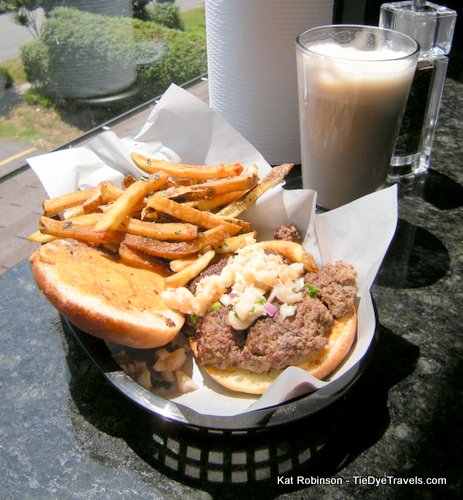 My companion’s Surf and Turf Burger ($9) was delivered with a decent amount of fries on the side. The smattering of shrimp and red onions on top were pleasant enough, but the burger itself was a rather well spiced patty of meat with hints of Cajun spice and lots of black pepper and salt, almost to the point of being too salty. The spicy mayo was good, too -- but there was no sign of the lettuce and tomato advertised in the menu.

The herb fries were pretty good -- and obvious. The potatoes were definitely fresh-cut on-site and sprinkled with said herbs and salt. A small pile of herbs were left over after we had consumed them. 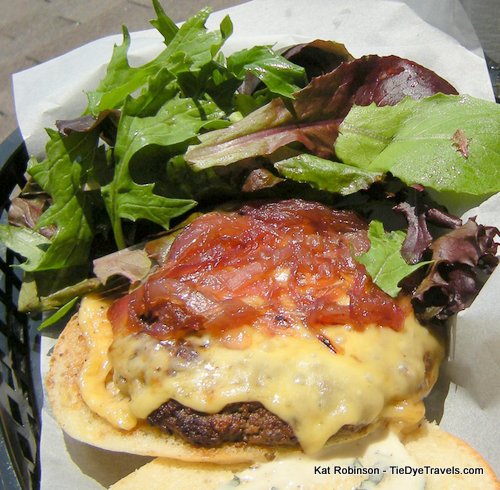 My Lamb Burger ($9) was a rather nice treat. The side salad offered with it was nothing more than mixed greens in a house vinaigrette, but the burger itself was quite tasty, with lots of mint and red wine overtones. What really made the burger, though, was the generous portion of sweet caramelized onion on top that brought together Gouda cheese and the bun quite nicely.

I can’t let pass mention of the buns -- all “House-made” on-site. The rustic country-type rolls are sweet and coarse, and made a good pairing for the Lamb Burger, but for the Surf and Turf couldn’t hold together long enough to get the sandwich to the mouth. Perhaps that’s the reason behind the super chic fork and knife offered with the burgers; maybe they’re meant to be brought to the mouth via utensil.

Right now, The House offers no desserts. But we were told by several of the servers that they are looking forward to the baked offerings to come as much as we are. They’re going to start with muffins and cookies -- which, if they’re as good as the rolls, will be spectacular. 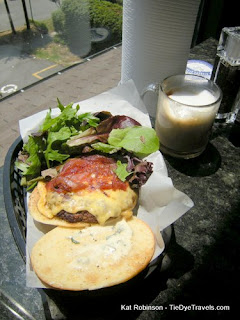 The House offers far more beverage options than solid food items at this point -- including a beer list that features four types of Diamond Bear beer on tap as well as $1 Pabst Blue Ribbon and Stag beers by the can, six different red and white wines, and a wide variety of coffee and tea drinks. And that’s where this restaurant needs time to develop an identity. Will it be a trendy coffeeshop? Neighborhood bar? Late-night hang-out for the hungry? I’ll be very interested to see how The House develops in the coming months.