An Artist's Home In New Orleans. 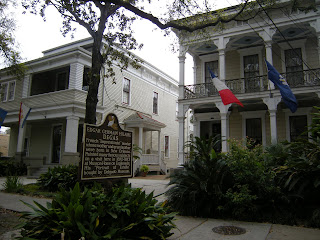 Ever wanted to stay in the home of a master artist? At New Orleans’s Degas House, you are in luck. This fantastically restored home on Esplanade isn’t just another stop on a local tour. It’s a piece of history itself.

From October 1872 to March 1873, this was the home of Edgar Degas. He came to New Orleans shortly after his stint in the Franco-Prussian War. It was while training for his enlistment that the artist discovered his eyesight was failing. 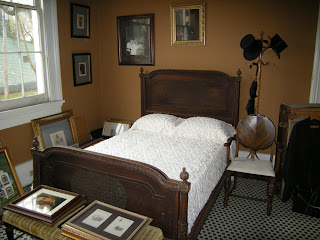 He came to New Orleans for rest and relaxation -- at a time when the city was in the middle of Reconstruction and fighting its own set of woes. He arrived by train and came to the splendid home of his brother, Rene. The harsh light and unpredictable warm, humid weather kept Degas indoors to paint, and the colors and contrasts in his New Orleans era paintings reflect this a great deal. 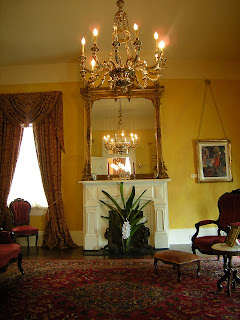 The home belonged to Degas’ uncle, Michel Musson, and his three female cousins were frequent subjects of his work. He was especially drawn to his cousin and sister-in-law Estelle, who was blind. She would sit for him for hours as he drew and painted portrait after portrait.

The paintings capture more… scenes of a city and a Creole culture that was disappearing with the days. The most famous of the pieces he created in New Orleans -- The New Orleans Cotton Exchange, captured the final days of a brokerage 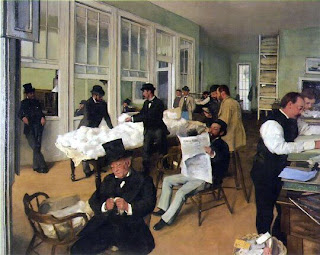 that was to see its end shortly after his departure for France. It shows several members of his family in the work at the Exchange. This would be Degas’ only piece to be sold to a museum while he lived, and a turning point for his future work. 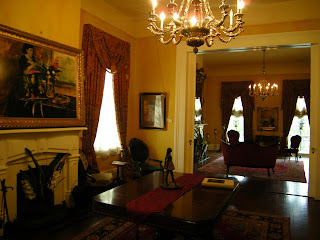 When he returned to France, he returned invigorated, and the work he created from them on fell into what he called the “realist” movement. Others would dub the style with the name that would stick, “Impressionism.” 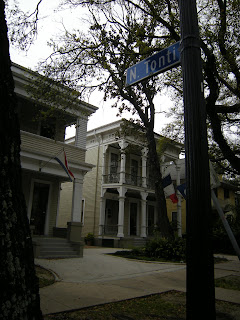 The home celebrates what inspired the artist -- a beautiful Esplanade ridge home with parlors, staircases, and pillars, looking out onto the tree-lined avenue. The home was built in 1852 by the architect Benjamin Rodriguez, and was rented by the Musson family for many years. In the 1930s, the house was literally divided in two, and the southern portion moved several feet over onto the next lot. 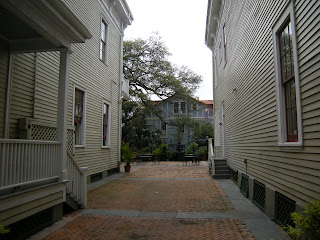 When David Villarrubia purchased the home on the north side, no one knew the house next door had been an original portion of the property. When that was discovered, the other home was purchased and restorations began there as well. 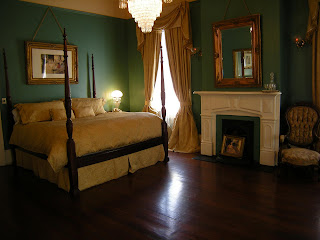 Today, you can stay at the Degas House in one of the luxurious refurbished rooms, complete with restoration furnishings.

The grand Estelle Suite is named for Degas’ favorite subject during his New Orleans sojourn. Its large and fluffy four poster bed 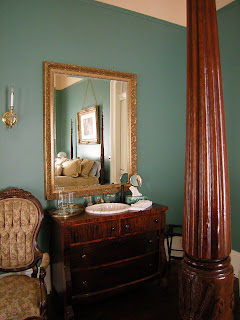 reclines in an airy teal high-ceilinged front room on the second story, complete with fireplace and dark wood furnishings. Instead of a closet, there's an armoire large enough for your belongings, an inviting desk for letters, and a wash basin by the bed. A daybed in an alcove provides additional bedspace.

The bath features an antique clawfoot tub with brass finishings and a gigantic basket of towels. 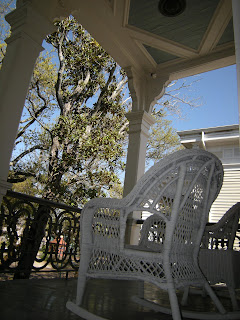 During our stay in March, it was pleasant enough for us to leave the air off and the windows open until about 10 p.m. Each room is climate controlled with an individual thermostat. The balcony was a wonderful place to relax after days on the road, and at night there is little traffic. The house is almost silent, except for the movement of guests around the premises. 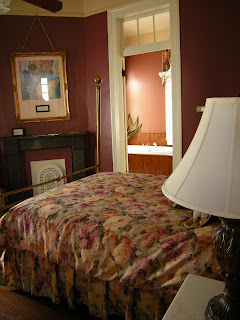 On the western end of the second floor, you’ll find Desiree’s Room. This section of the house used to be on the north side, but was moved in the 1930s to the back so the lot next door could be sold off. This burgundy accented room features a bathroom with whirlpool tub, separate shower, refrigerator, and two fireplaces. 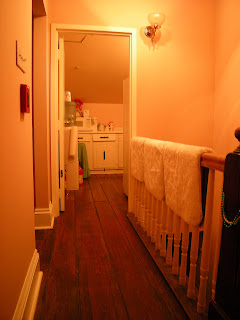 The house also hosts a number of rooms on the third floor called the Artists’ Garrets. Each of these windowless rooms features beds, televisions, and artists easels and are named after the children who lived in the house. The attic space was originally solely meant for storage, but during a renovation in the 1990s the extra space was added. This is also where a communal butler’s kitchen can be found, complete with a refrigerator stocked with colas and sometimes beer, and a fine selection of teas. 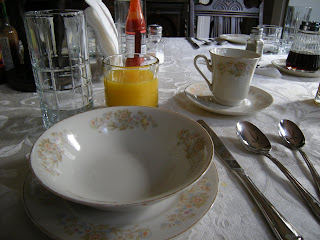 Guests are treated to a continental breakfast during the week and a hot Creole breakfast on the weekend. The kitchen is open to guests who need a place to cook, to store leftovers, or to grab a bottle of water or a glass of juice during the night. 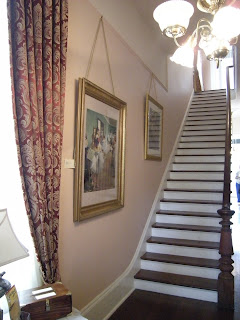 In fact, there is a certain matter of trust at Degas House. During the months after Hurricane Katrina, the house hosted several workers employed in the search for survivors and bodies from the disaster. Realizing that this was a home away from home, the kitchen was opened -- and over that time, visitors have been more than courteous. You won’t find an overnight attendant here -- the house is free for you to roam at your leisure. David and his staff are just a phone call away if you need them. 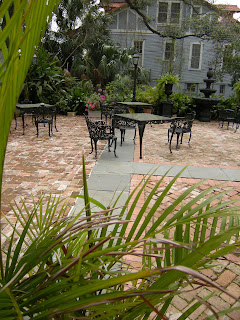 Don’t have the time to stay a night? Tours are offered by appointment during the day. The hourlong tour features the viewing of a documentary and a personalized visit through the house and the artist’s quarters for a $10 donation.