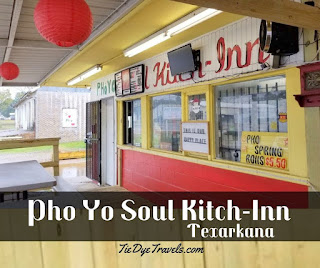 For Vietnamese food lovers in southwest Arkansas, the offerings have been few and far between. Fortunately, Pho Yo Soul Kitch-Inn delivers on favorites and some of the best pho you might ever encounter.

As you may have noticed, I'm getting back into sharing my food stories here on Tie Dye Travels. It's a brief interlude, and a chance to play catch-up with all the magnificent experiences I've encountered the past year, while working on several books.

Some experiences have, frankly, not been worth writing home over. Others have steeped in the background while I've taken care of business. But this place - which I just encountered on Wednesday - deserves to be discovered and delighted in. 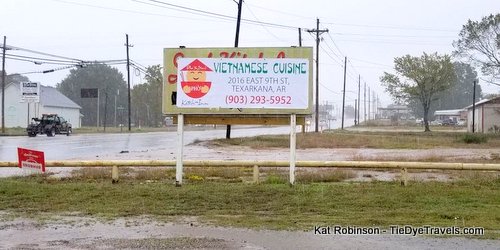 It was raining to beat the band when I rolled into Texarkana for a very quick set of assignments. I took care of the things that had to be done, and then followed a tip, heading out US 82 from town. I almost didn't spot the sign in time to make the turn. 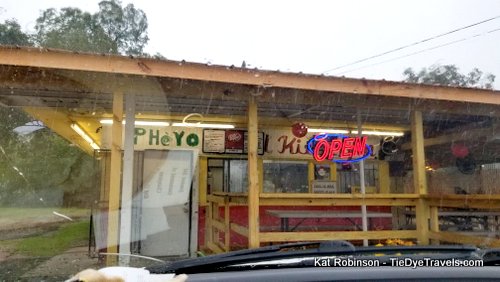 I didn't realize from my tip that Pho Yo Soul is in an old dairy bar. Standing in sheets of rain wasn't my idea of a cold Wednesday - but once the rain lightened I could see a clear, brand new covered deck and dining area on the side of the building. I could read the menu from the car and make my choices. 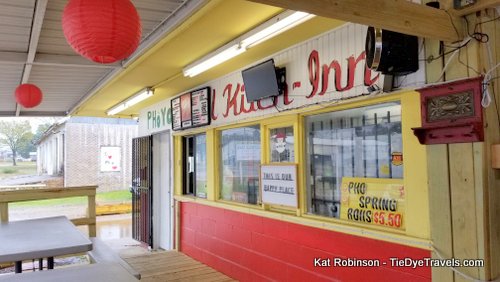 When I got out, I was delighted with the scents coming through those raindrops. I hopscotched across red concrete pavers to the order window, got under the eave and asked for the items I'd take with me to enjoy. 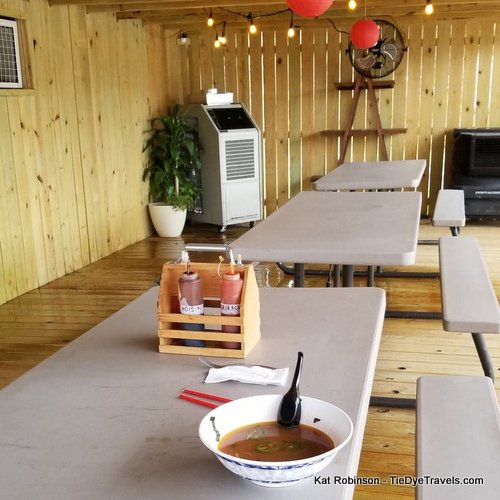 It was nearly one in the afternoon. There was just one other hearty soul outside on the deck, a gentleman who was finishing off a rather large bowl of pho, which he confirmed was the regular size. He was seated at one of the many tables set up under the deck, somewhat protected from the rain via bamboo screens. 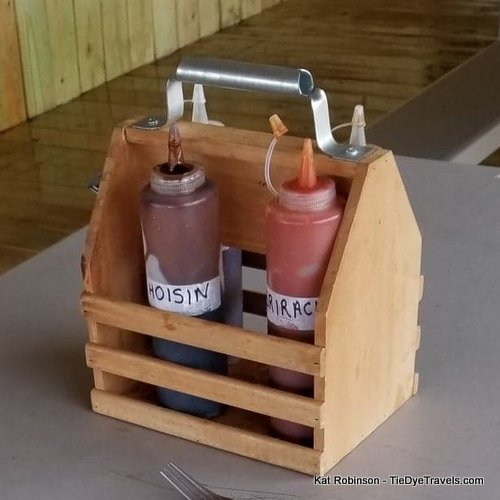 I noted the hoisin and sriracha readily available, the television that was silent, the overhead fans. I'd find later that the deck is a brand new construction for a business that's taken off quickly. 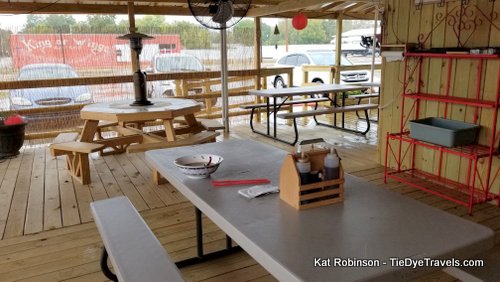 The menu at Pho Yo Soul is a merging of cultures, with pho and spring rolls listed alongside catfish, chicken and burgers. There's Bahn Mi and brownies listed, hush puppies and hot dogs alongside ramen and egg rolls. Beverages come in bottles, except fresh coconut water, which reviewers online have glorified. The smell of hot beef broth alongside fresh fried chicken was more enticing than popcorn in a movie theater.

My order took less than 15 minutes to prepare. I had to head to my next destination, but there I unpacked the bags and took a look at what I had ordered. 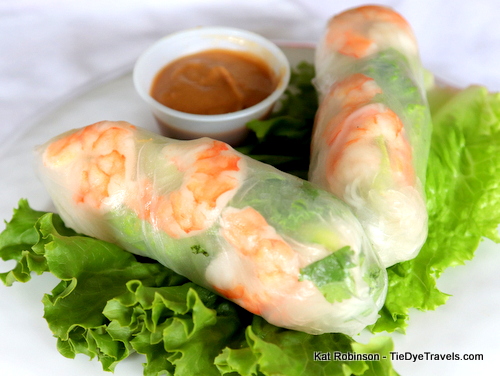 The spring rolls, packed with fresh cilantro and vermicelli, sported three whole shrimp each, and came with a not-so-sweet peanut sauce. They were oversized, a good six inches in length and girthy, too. They made an excellent cold snack I enjoyed on the way back to Little Rock later that day. 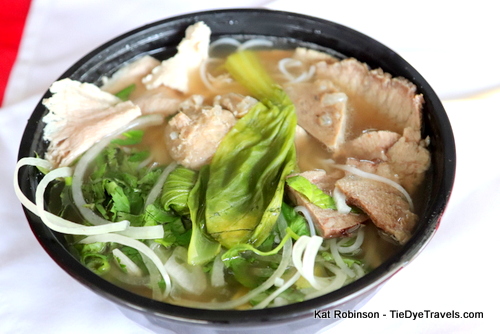 The pho came in pieces - a bowl full of vermicelli, cilantro, lemongrass, and slices of jalapeno with slices of tender beef brisket, all cold. Alongside was a bowl of piping hot, rather rich beef broth with a bit of ngò gai (culantro) and sliced Vietnamese style meatballs - the ones where the meat is thoroughly pulverized before forming, with no fillers. There was about twice as much broth as the bowl needed, but that was perfect, and it meant I could add as much as I wanted.  The pho also came with a single container of hoisin with a shot of sriracha on the side, perfect for dropping in what seasoning I might need. That being said, the broth itself would have made the perfect beverage for the ever-soakening day. 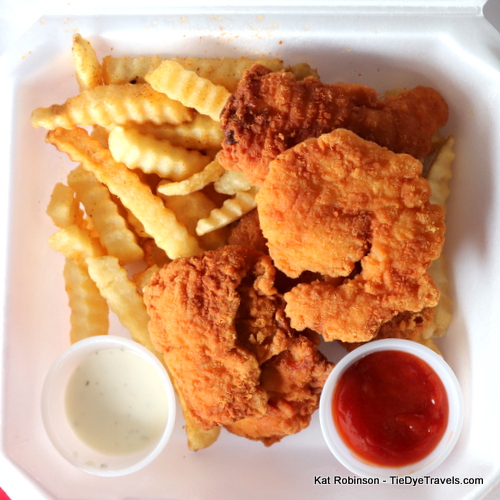 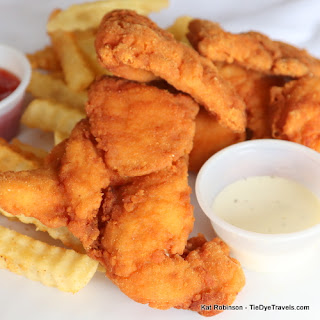 The surprise for me wasn't the pho, though. It was the excellent chicken tenders. Okay, you can get chicken tenders anywhere, but these were rather juicy, and the portion was large. There were six bits of chicken in the clamshell, some really large and others small. The crinkle-cut fries were a little mushy, but it was a very wet day, and I can't say that wasn't partially caused by the weather.  The clamshell came with containers of Ranch dressing and ketchup. 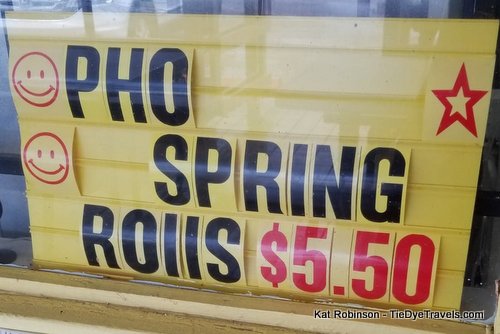 I've bookmarked the restaurant for a return visit - I'm very curious about the lo mein and that coconut water, and somewhat intrigued by the catfish sauteed with chili. As it is, Pho Yo Soul Kitchen has already got my vote for the best pho I've found in southwest Arkansas. 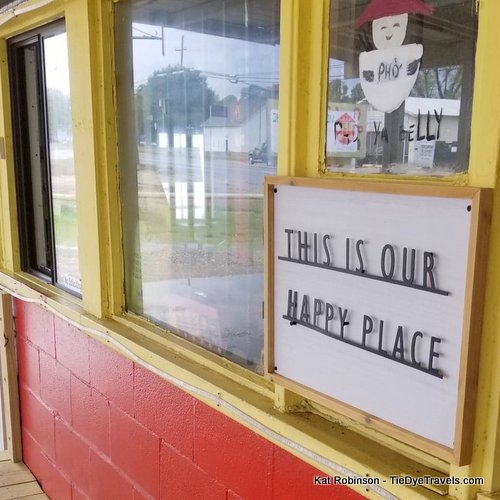 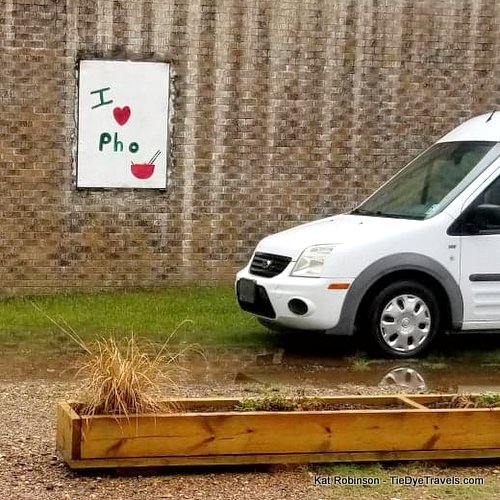