21 Doughnuts To Try in Arkansas Before You Die. 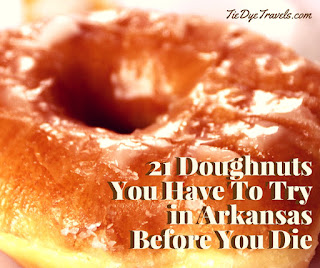 Oh, those sweet orbs of golden deliciousness... Arkansas has its fair share of great doughnut places. Kat Robinson helps sort out the best in the state.

Arkansas is blessed with so many options for every meal of the day -- but when it comes to a favorite breakfast pastry, things can get heated. 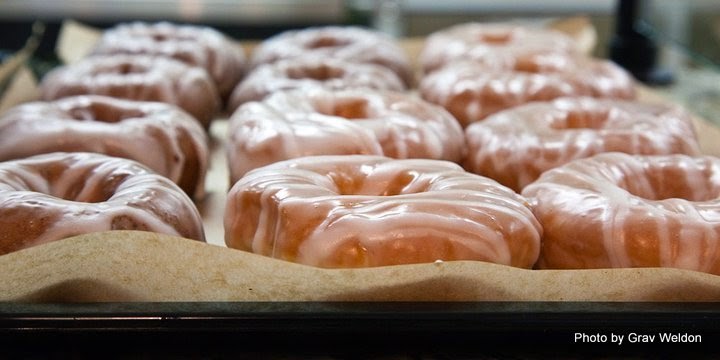 Here's a rundown of the best places I've found for doughnuts in the state.  And to make it as fair as possible, they're listed in alphabetical order.

*Note:  To clear up the field, I did not include chain operations such as Shipley's, Daylight Donuts or the like.  There are so many of these, it's hard to properly judge them along with the rest. 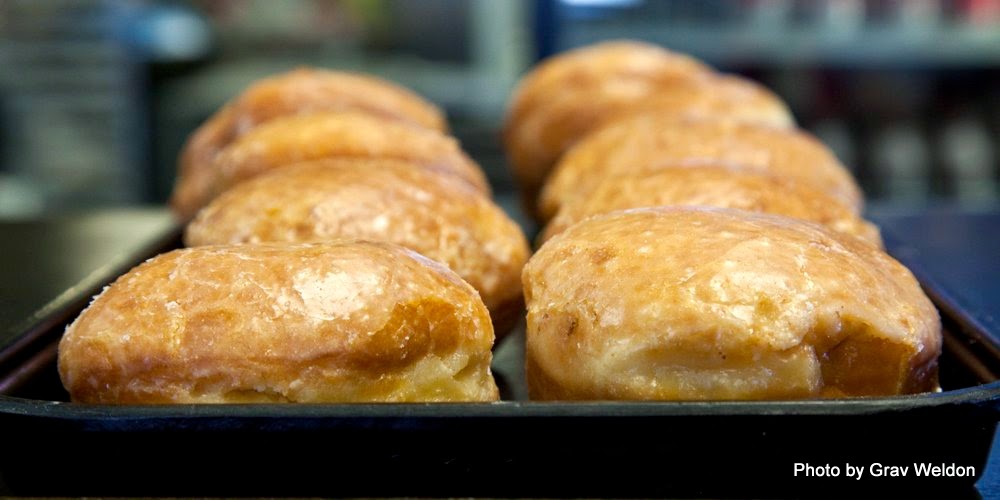 Batten's Bakery (Paragould).  Yes, I have gone on about the old fashioned fried pies -- but in all fairness, Batten's is primarily a doughnut shop with extras thrown in.  The slightly oversized rings, fills, long johns and fried cinnamon rolls (you read that right) are served up alongside breakfast offerings in the morning and cakes all day.  Plus, there's a drive-thru, though it's usually busy.  Fortunately, the large parking lot means you can find a spot and walk on in.
Batten's Bakery * 1735 Paragould Plaza * Paragould, AR 72450 * (870) 236-7810 * Facebook 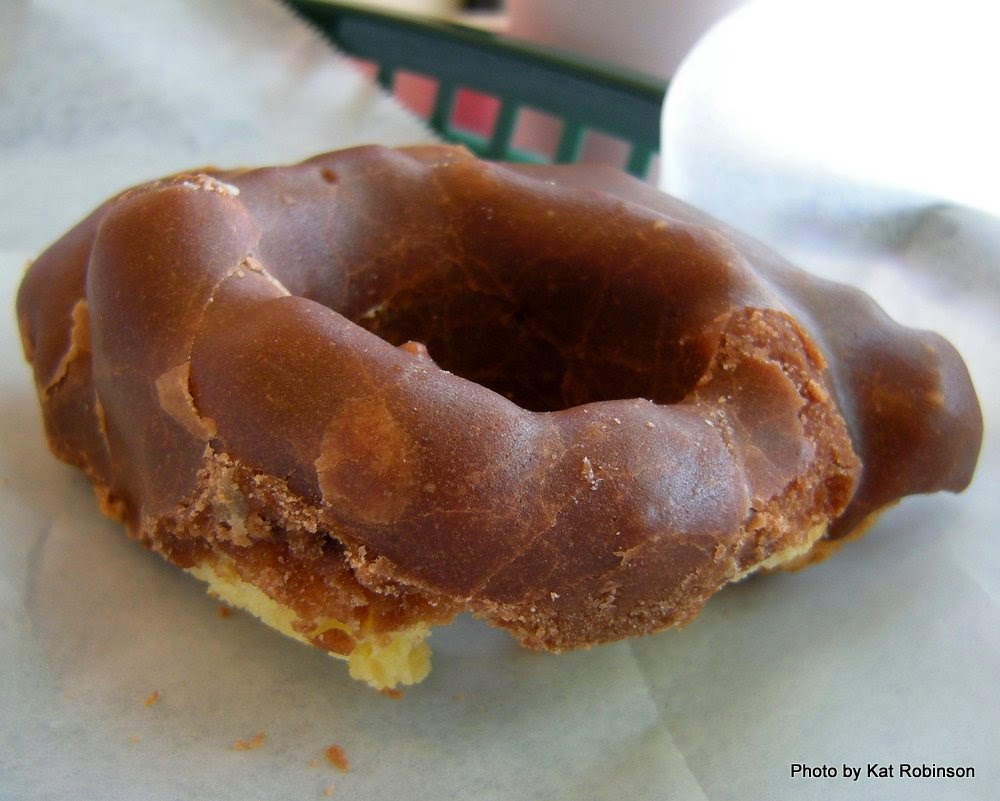 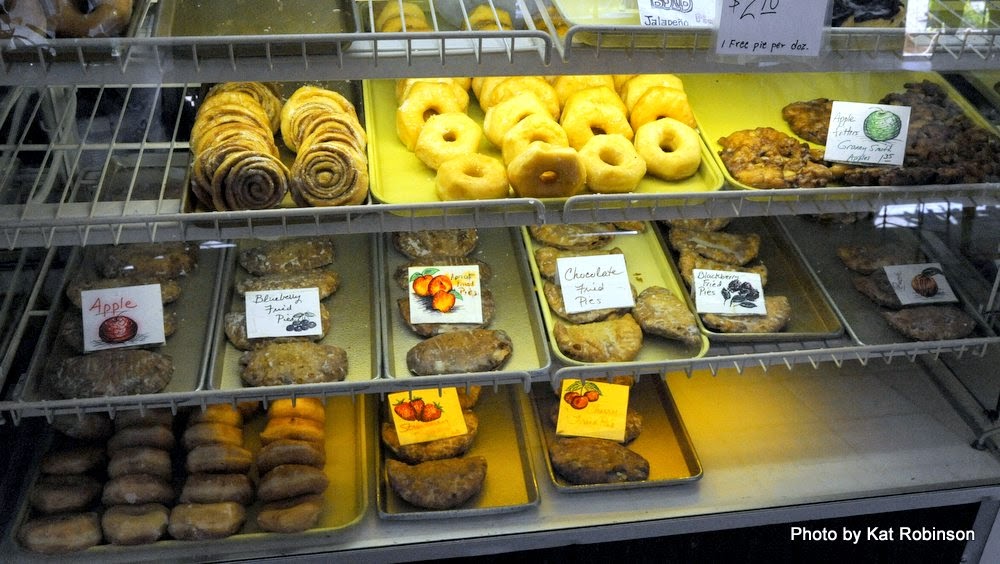 Country Village Oven (Star City).  You either know about Country Village, or you don't.  For those who haven't made the trek out to the hinterlands south of Star City, you are missing a real treat.  Along with a barbecue joint, a catfish restaurant and several eclectic stores (including a taxidermist) you'll find this bakery -- oversized and packed with pickles and pies, breads and cookies.  The doughnuts here have a slight buttery flavor to them, and they are marvelous -- also consider picking up a fried pie.  They have the flavor of a doughnut-based crust.
Country Village Oven * 220 Knight Haven Circle * Star City, AR 71667 * (870) 628-5053 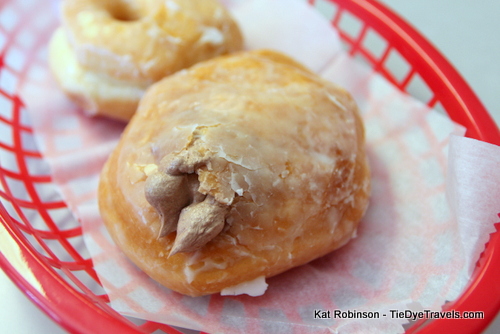 Dale's Donuts (Benton).  The very first doughnut shop I can remember was the one within this diminutive brown building alongside Military Road in Benton... I might have been three at the time, but I remember being taken on Saturday mornings and given a half dozen doughnut holes and a cup with a little coffee in it to dip them into.  To this day, this building's residents still put out some of the most amazing fried and crispy doughnuts I've ever had.  Some rave about the strawberry doughnuts, but I prefer blueberry or just another bag of those great holes.  Marvelous.
Dale's Donuts * 919 Military Road * Benton, AR 72015 * (501) 776-2710 * Facebook

Donut Hole / Jimmy's Family Restaurant (Malvern).Two restaurants sharing the same space (Jimmy's does fried chicken in the evening) and the best (and perhaps only) place to get a good doughnut in Malvern.  Something about the fry grease elevates the Donut Hole's pastries to something new.  Worth a try.
Donut Hole * 938 S. Main * Malvern, AR 72104 * (501) 467-3994 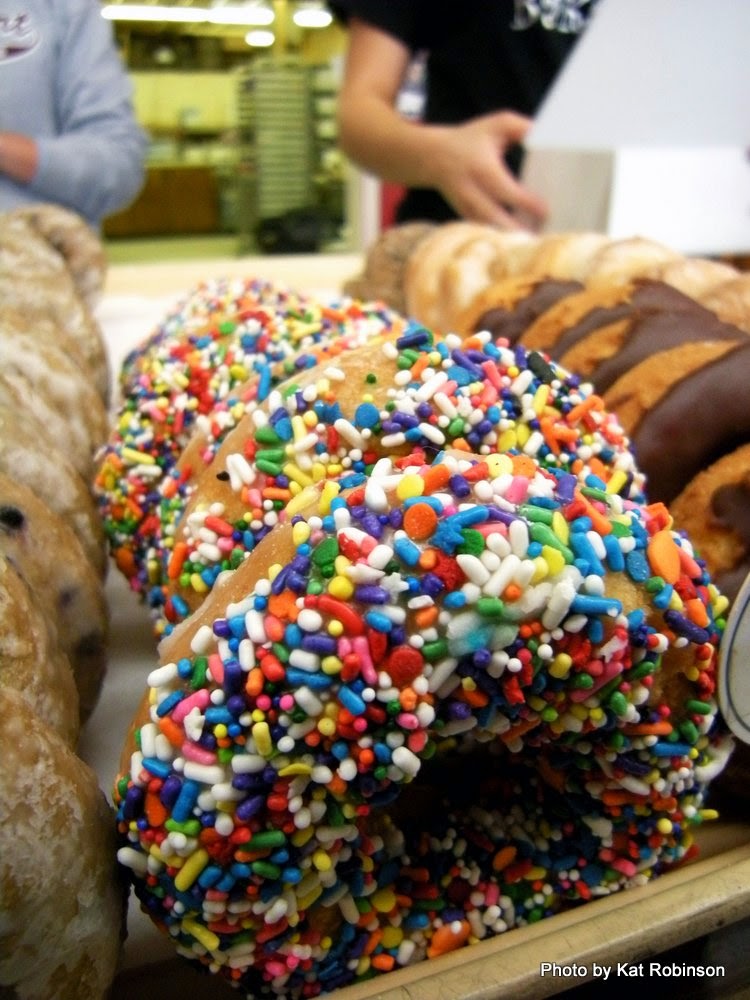 Ed's Custom Bakery (Conway).  Though the ownership and management has changed, you'll still find a nice selection of great doughnuts at this Oak Street standard.  Want yours topped?  Your glazed or cake doughnut could come with anything from coconut to sprinkles to nuts, easy.  Colorful, great for the kids.
Ed's Custom Bakery * 256 Oak Street * Conway, AR 72032 * (501) 327-2996 * Facebook 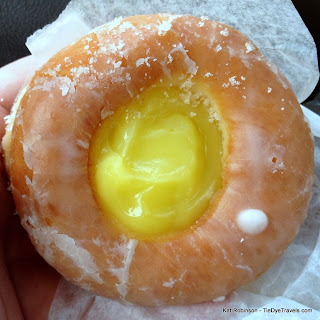 Howard's Donuts (West Memphis).  Originally opened as a Harlow's Honey Fluff in 1971, Howard's has set the standard for doughnuts in the Arkansas Delta.  Howard's, like many other Delta doughnuteries, puts the fills on the top rather than within, which means yes, you can lick it off first, I won't tell.  Little has changed about the Missouri Road store in all the years since.  If you get out of there without trying a Red Velvet or German Chocolate doughnut or a Hawaiian Pineapple Fritter, you may have wasted a trip.
Howard's Donuts * 1711 N Missouri Road * West Memphis, AR 72301 * (870) 735-2046 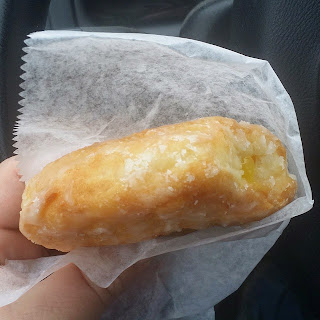 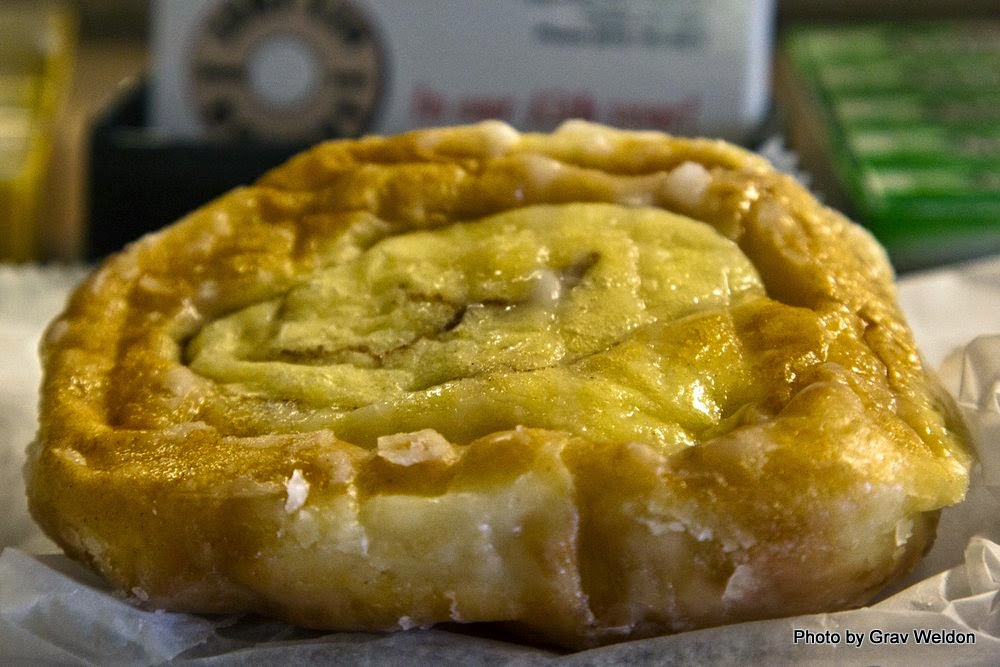 Jeri-Lin Donuts (Blytheville).  Originally opened in 1969 by Jerry and Linda Musser, this community favorite recently relocated from its original former grocery store location to now inhabit what was once a bowling alley.  Known for doughnuts with filling on top, for great cinnamon rolls and for the Smush -- a caramel doughnut smushed atop a cinnamon roll.
Jeri-Lin Donuts * 539A North 10th Street * Blytheville, AR 72315 * (870) 763-9679 * Facebook 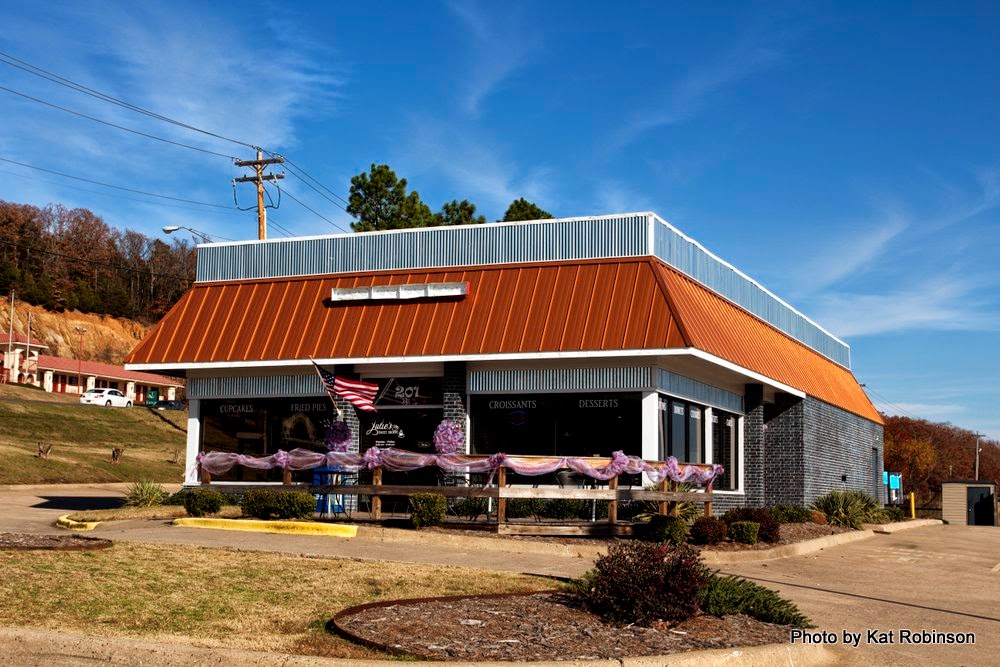 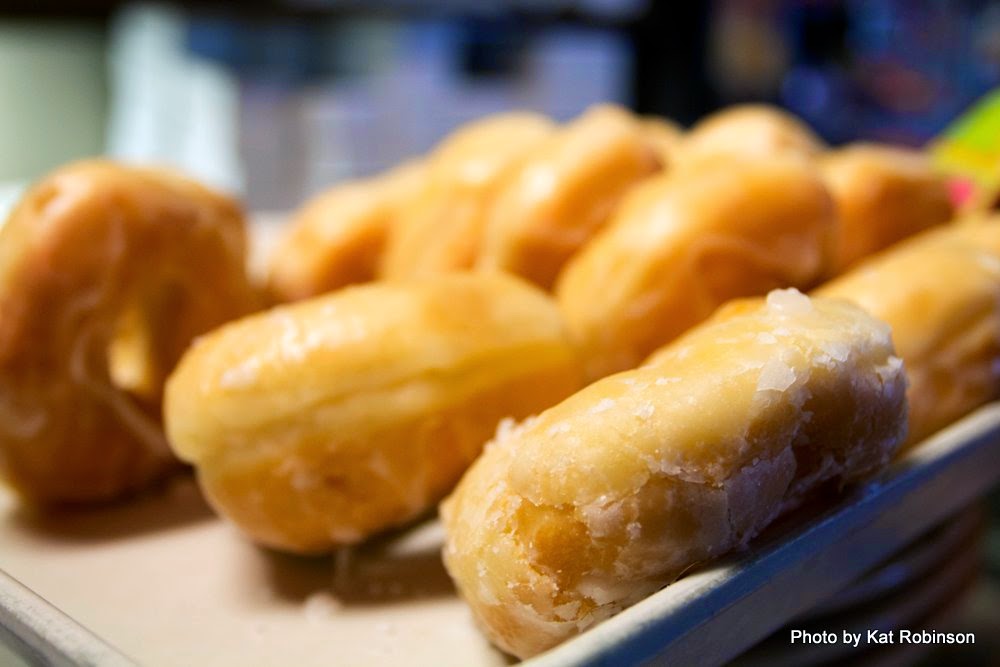 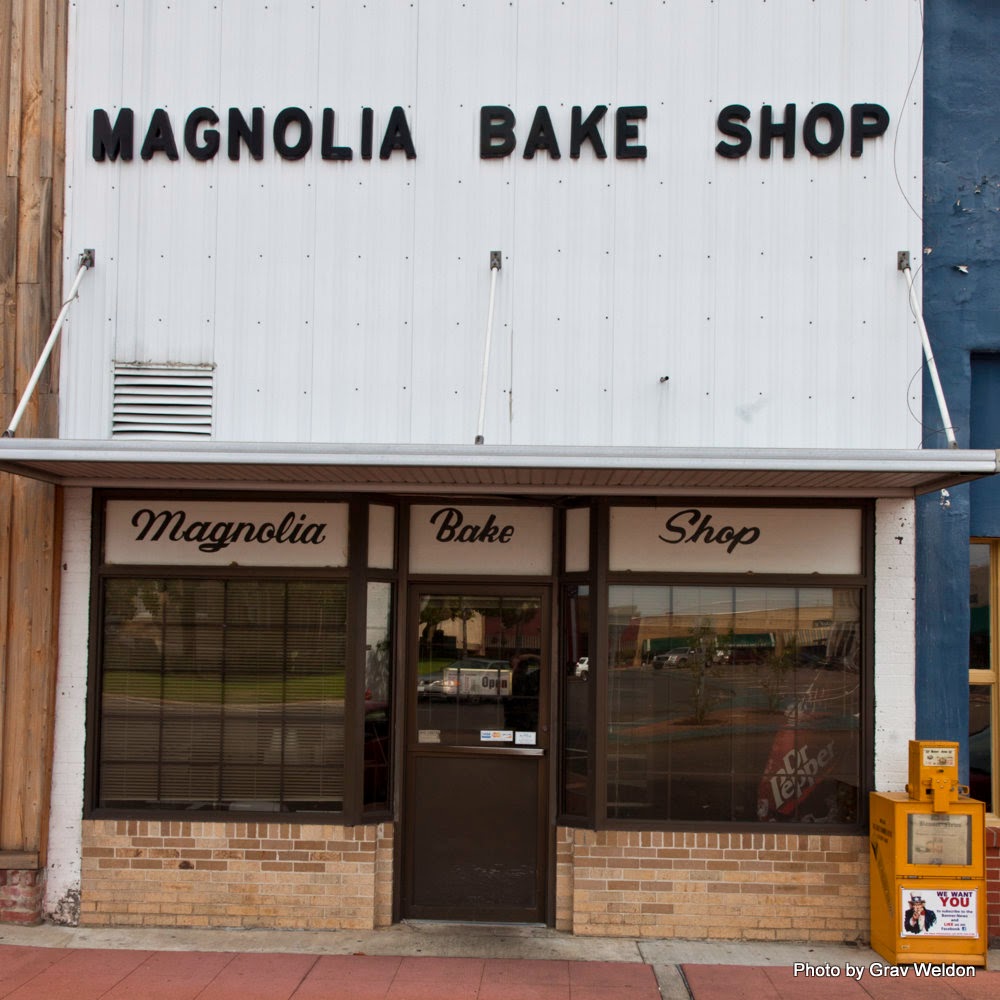 Magnolia Bake Shop (Magnolia).  The oldest continuously operating bakery in the state still sits on the downtown square in Magnolia.  Now in its third family generation, the shop that's been open since 1928 is best known for its amazing cakes, but it also puts out a grand doughnut.
Magnolia Bake Shop * 101 North Jefferson * Magnolia, AR 71753 * (870) 234-1304 * Facebook 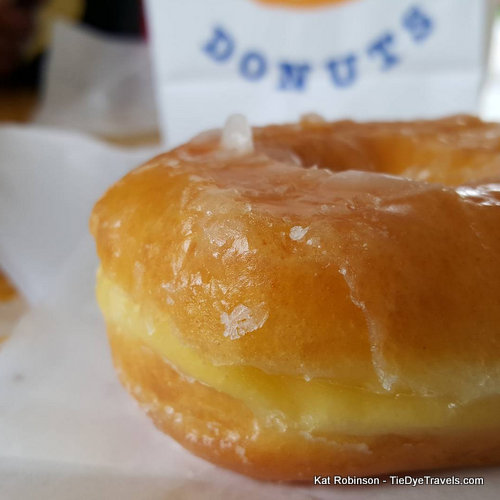 Mark's Do-Nut Shop (North Little Rock).  Not so glamorous but awfully good, Mark's puts out a consistent product that sometimes sells out before the official closing hour.  Go for coconut and angel cream if you like the sweet, or stick with a fruit pastry if you're not.  But watch out -- this place is often packed.
Mark's Do-Nut Shop * 4015 Camp Robinson Road * North Little Rock, AR 72118 * (501) 753-2017 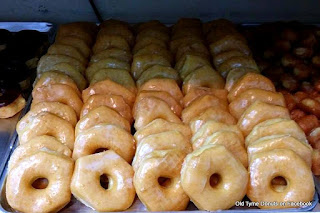 Old Tyme Donuts (Springdale).  Of all the doughnut shops out there in Arkansas, this is the one that comes closest to my former favorite, the now passed Paradise Donut Shop in Russellville.  Good, steady favorites, hot glazed cooked in smaller batches so you're almost guaranteed to still have a warm one fresh from the fryer, and amazingly flavorful apple fritters.
Old Tyme Donuts * 2403 South Thompson * Springdale, AR 72762 * (479) 756-0064 * Facebook 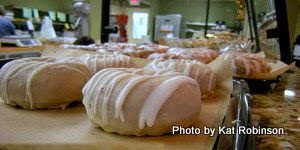 PattiCakes (Conway).  The bakery spawned from Stoby's specializes in cakes and baked goods featured in the restaurant -- but the cake doughnuts are absolutely divine.  Go for the seasonal choices -- pumpkin, carrot, red velvet -- whatever's offered.  It's hard to find a doughnut you won't like here. 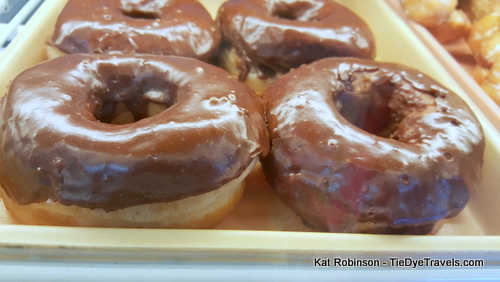 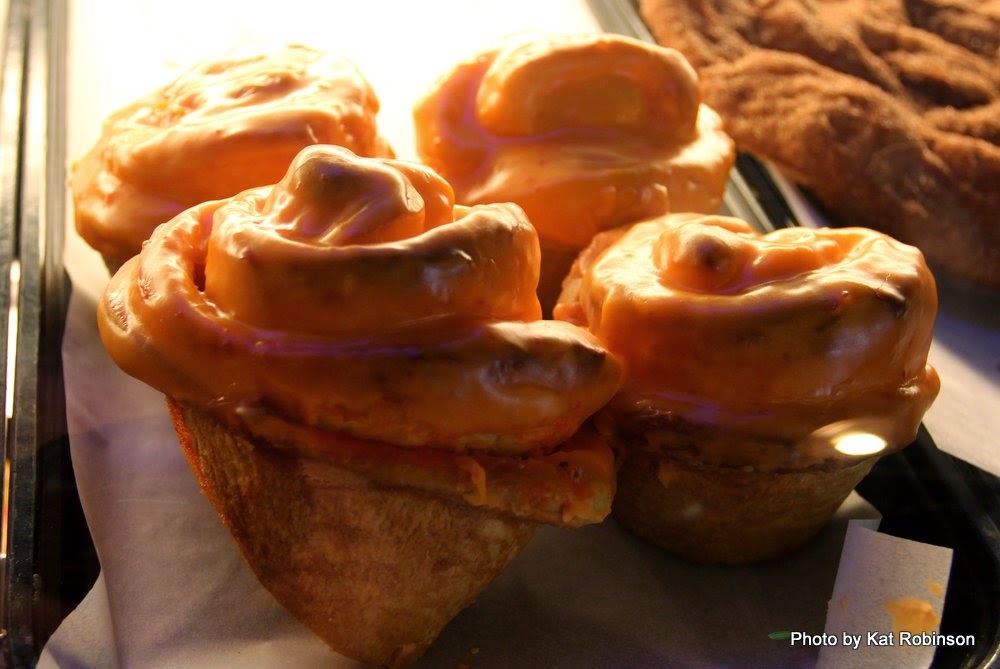 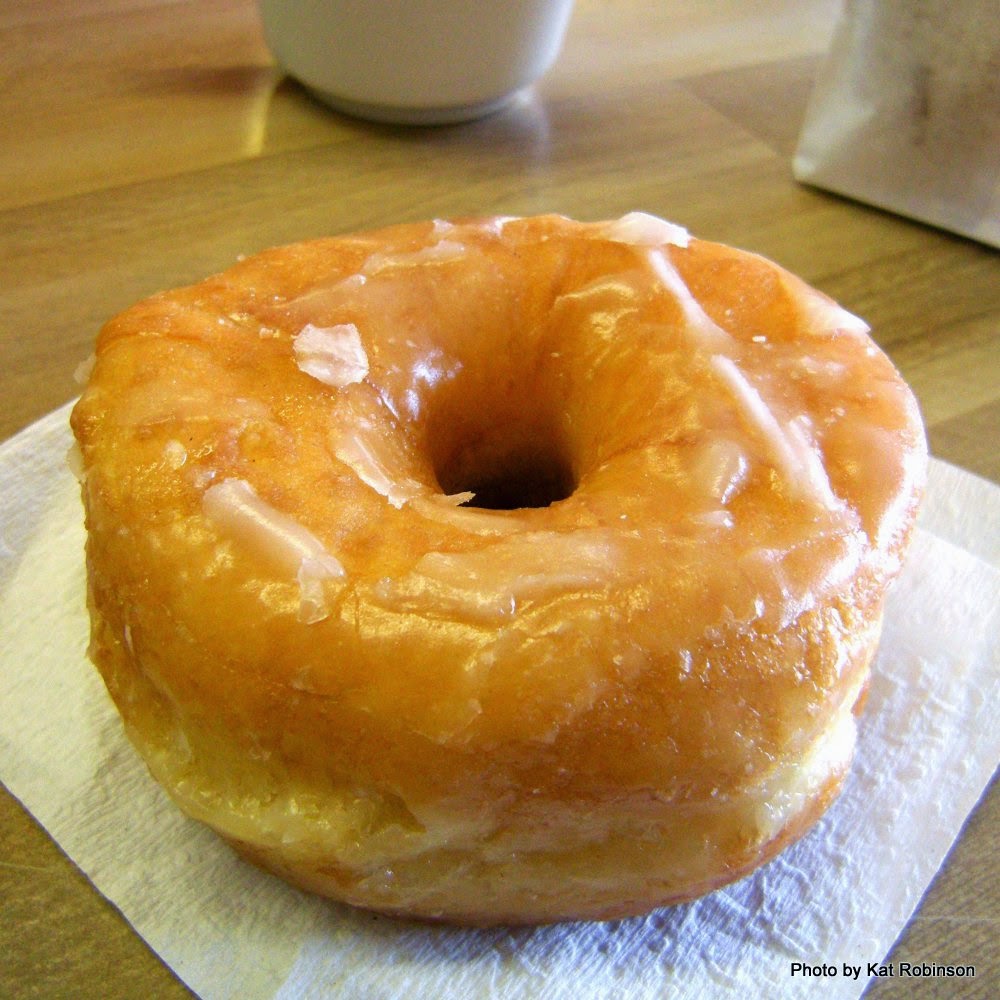 Spudnut Shop and Deli (Magnolia).  When the Spudnut chain abruptly folded in 1979, some of the potato-flour doughnut franchisees kept on going.  The Magnolia location, opened in 1959, has continued to serve patrons.  Despite the death of longtime owner Martha Maloch in December 2013, the family has regrouped and recently reopended the landmark.  Try a peanut butter and jelly doughnut for a change of pace -- or a maple bacon number!  And stick around for croissants, sandwiches and more at lunch.
Spudnut Shop and Deli *722 East Main Street*Magnolia, AR 71753* (870) 901-3636 * Facebook 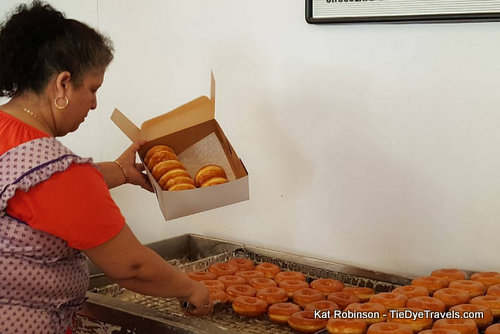 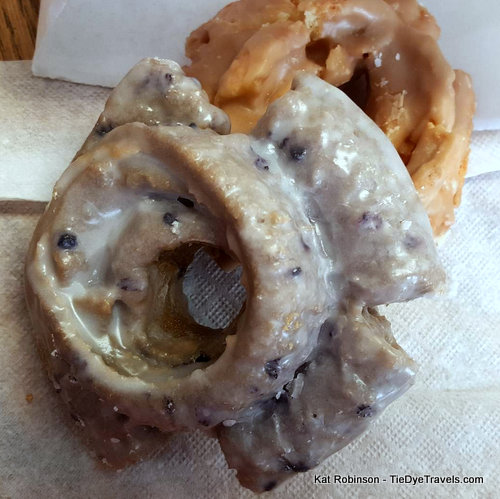 Srowns's Donut Shop (Bryant).  An addition to the list, mostly for being overlooked the last time.  The Srown's (Danny and Freida) had retired a while back and sold off the place, which became Morning Glory Donuts.  But they got bored and got the shop back.  If nothing else, you should go to Strawn's for blueberry cake doughnuts.  And apple fritters.  And... well, you'll find out.
Srown's Donut Shop * 4430 Highway 5 N * Bryant, AR 72202 * (501) 653-2829