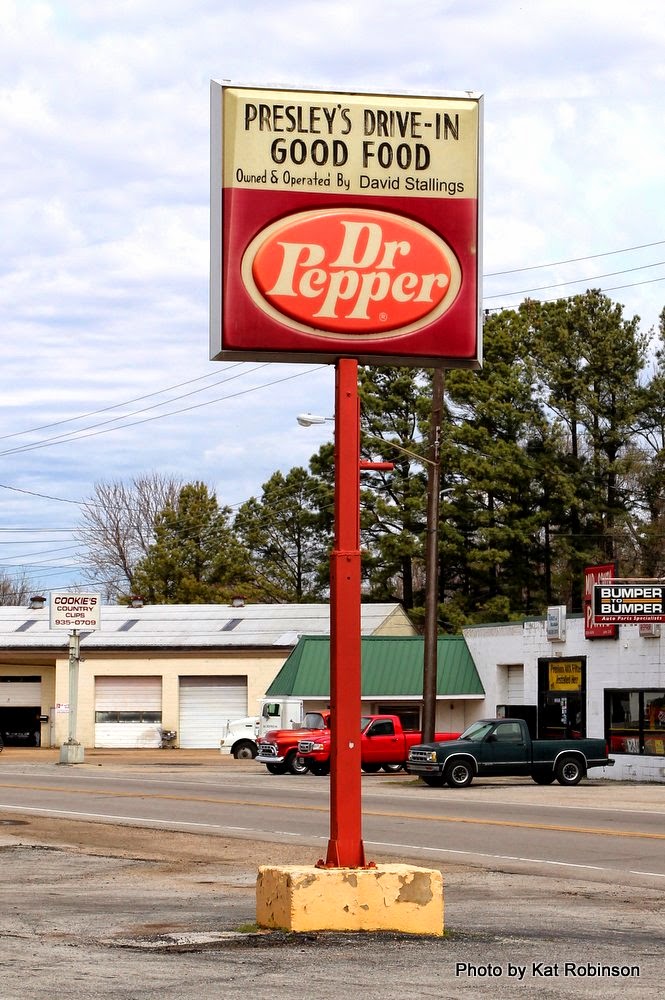 In a different time and place, Presley’s Drive In was a place of summer. Started by Harold and Hettie Mae Presley back in the early 1970s, it passed first to their son Terry Presley and then to Gary McGill, a fine dairy diner that has now served western Jonesboro for more than 40 years. The décor has always been simple dairy diner, with a nod to a distant relative born in Tupelo.

My boyfriend and I lived half a mile west of Gee Street in the late 90s, and we’d gather up laundry twice a month and head over to the Magic Touch for a laundry derby… and once the first round of loads were in on a Monday afternoon, I’d walk over to Presley’s and pick up brown derbies for us both.

At the time, Gee Street was much different. There were all sorts of restaurants that lined the streets, like the Milky Way Drive In and Grandpa’s along with the old grocery store, flea markets and low-income motels. And in the summer it was all whitewashed and ancient and out of time. 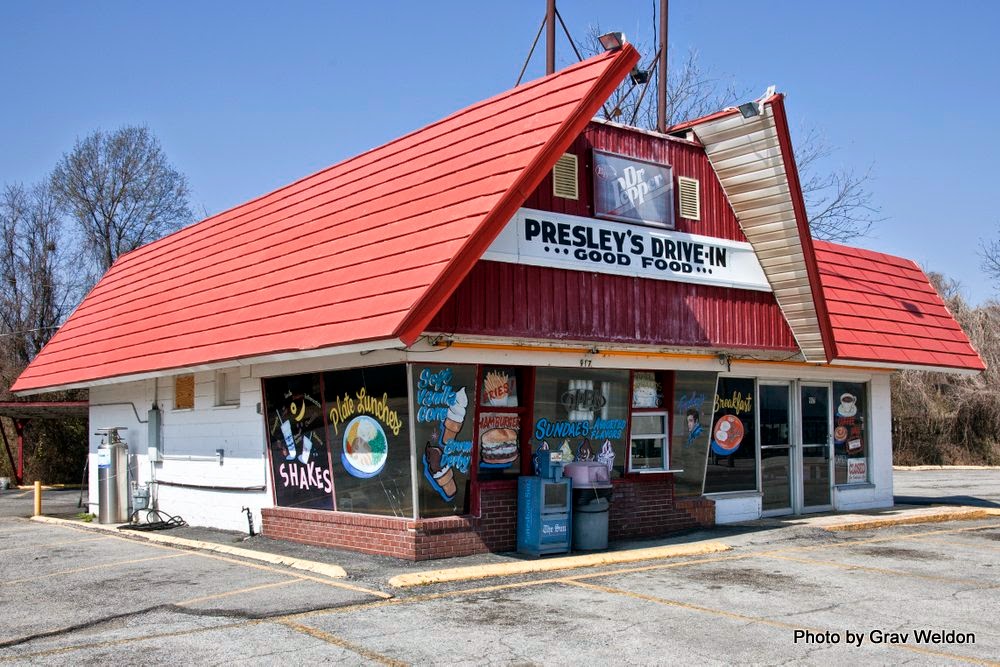 When Grav and I went back to see Presley’s in March 2014, we went to collect what was left of the restaurant scene between Nettleton and Dan Avenue. We found nothing… the grocery store that still took stamps was now a Hay’s and the little diners, the lunch counters, all of them absorbed into the past -- except Presley’s, almost untouched in the intervening years, somehow escaping the passage of time. 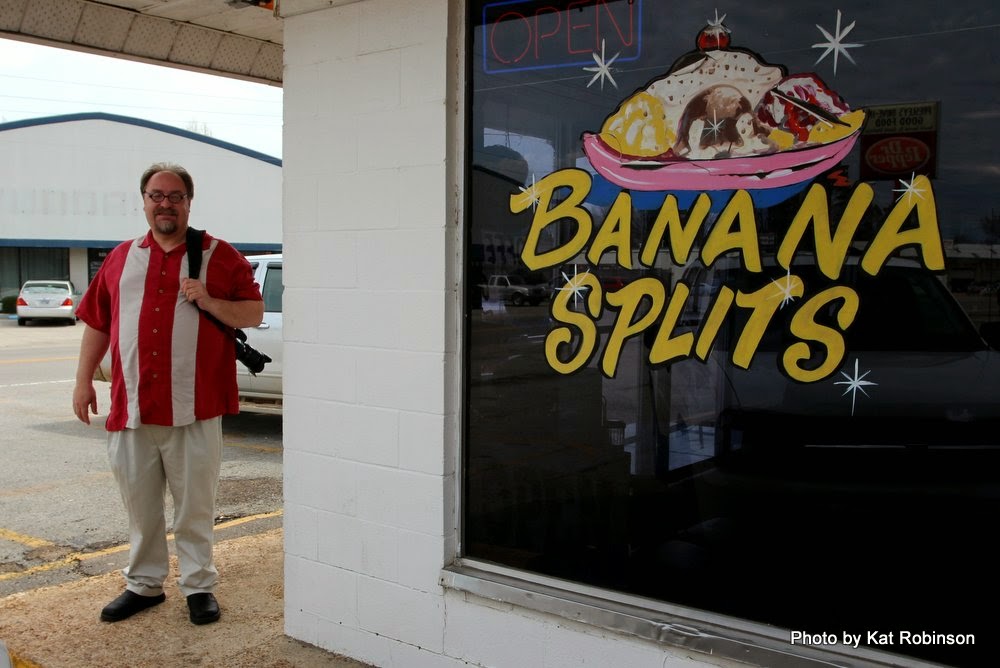 There it stood recently painted, depictions of menu items painted on the window items and a full house of customers. I wanted a brown derby, but I was denied… this particular visit, the ice cream machine was out. 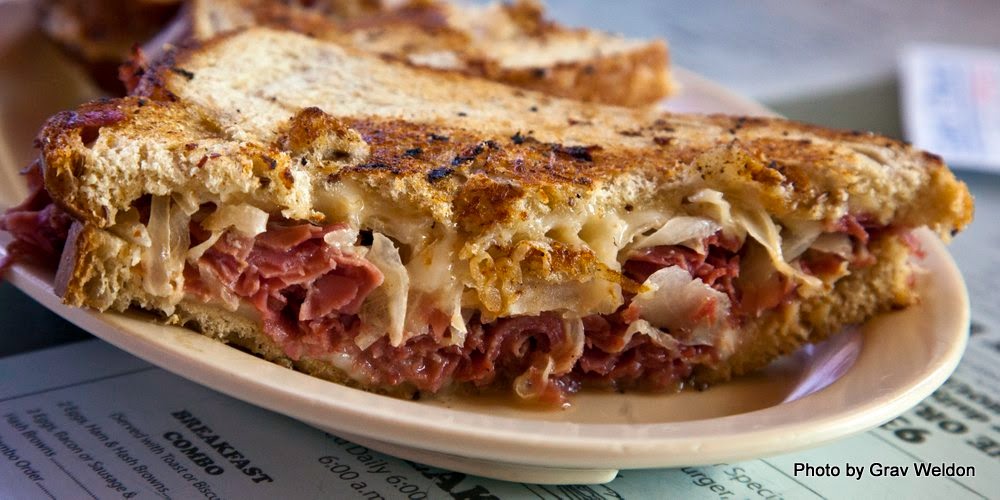 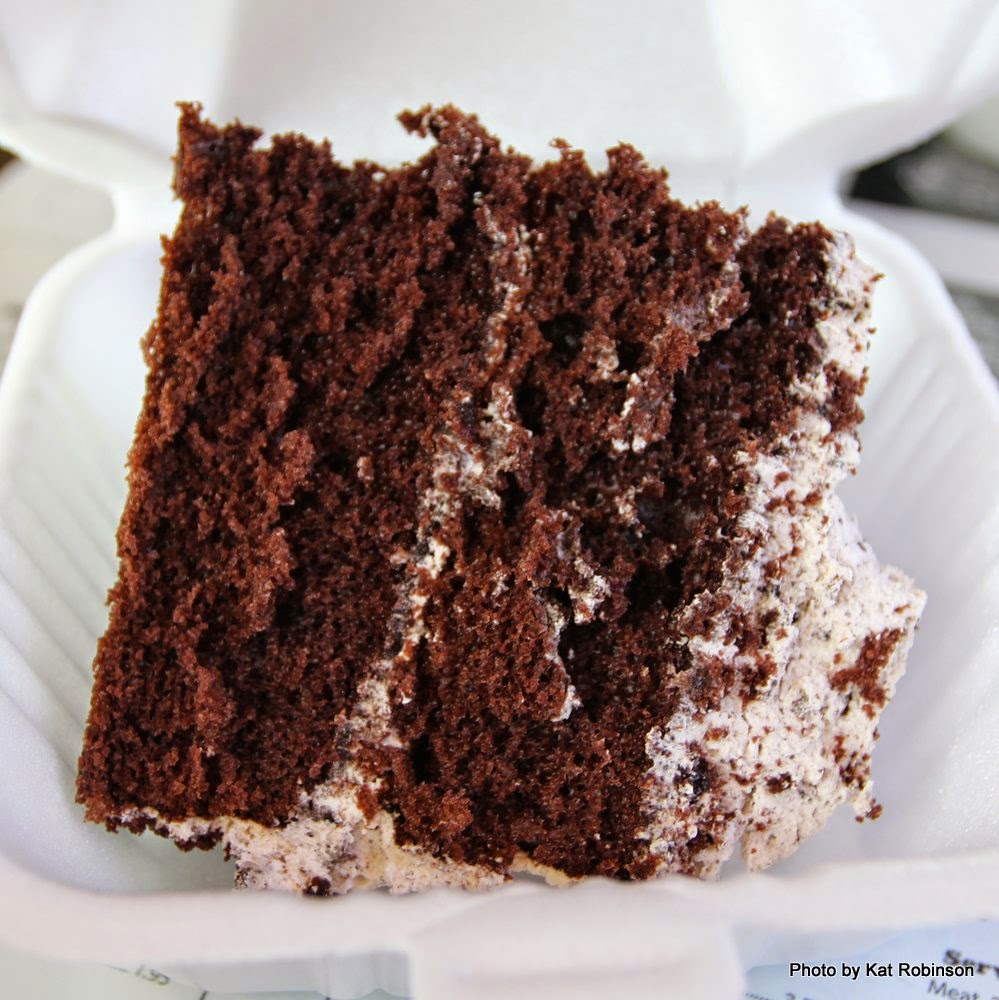 It made no difference. While he scarfed his half of a particularly excellent Reuben sandwich lovingly butter-toasted on both sides, I picked at my offered Oreo cake (light and fluffy!) and at my memories, too – of those laundry days, of very hot summer days when I decided like a fool to take the dog for a walk and puffing the breath out of my lungs while standing at the outside counter with Jeffro, my Great Dane. Not only would I get my burger and fries and a big vanilla Coke, but they’d always offer Jeffro a vanilla cone, and it’d be gone in a swallow.

It’s hard to believe better than 15 years have passed since I moved away, and yet this place is still here. That’s partly thanks to David Stallings, who purchased the restaurant back in October 2012, not long after Gary’s health got a little touchy. The menu hasn’t changed a whole lot – there are still burgers and fries and shakes and the like – and breakfast and good plate lunches, too. 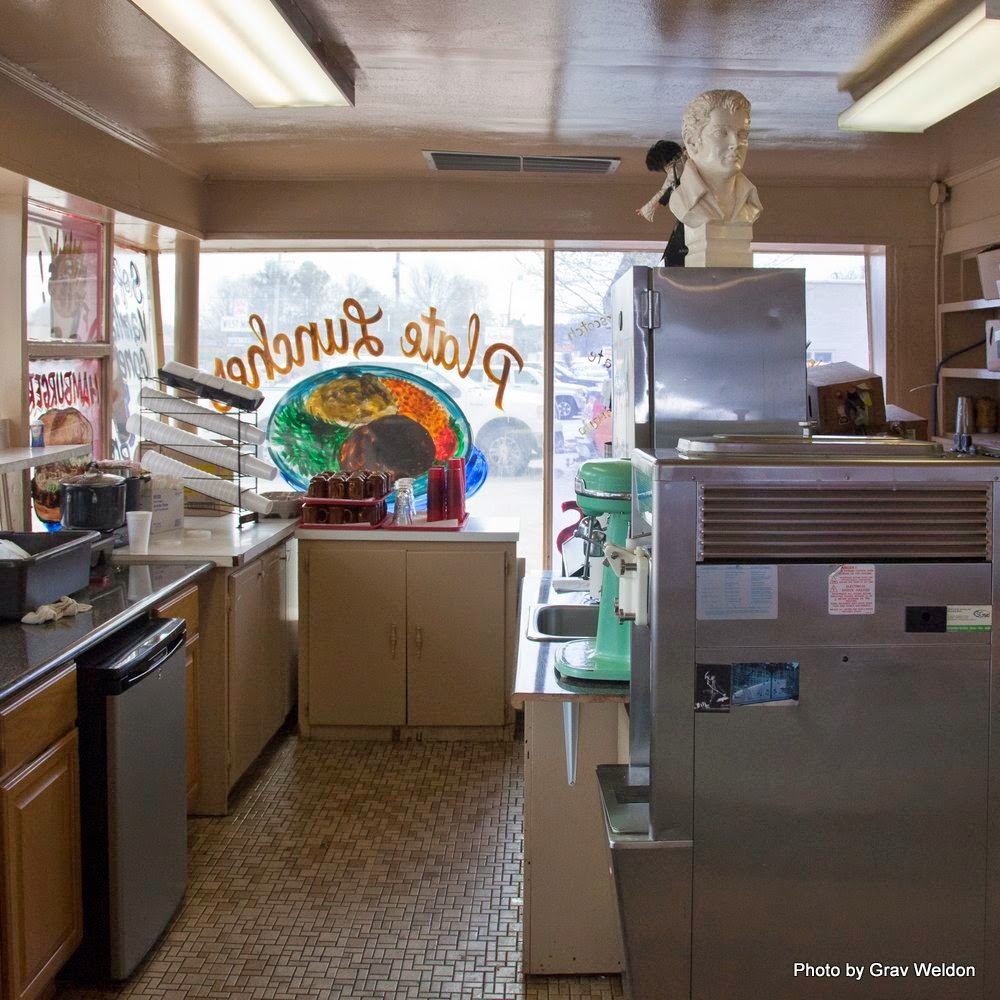 In fact, many of those more unusual dishes remain on the menu – like the Pizza Steak (a traditional Arkansas Delta pizza burger) and the Spanish Burger (with taco sauce). Other dishes could have been taken out of my Tie Dye Travel adventures – like the grilled cheese cheeseburger (The Excaliburger from The Ozark Café, seen on the back of Classic Eateries of the Ozarks and Arkansas River Valley) and the fried cheeseburger (also from The Ozark Café). 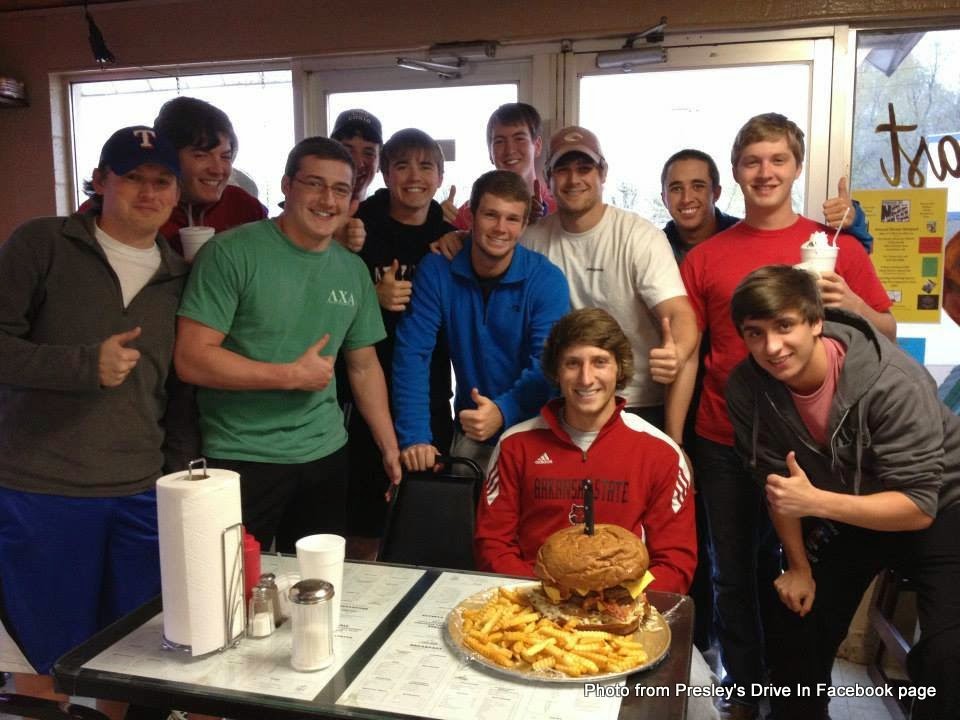 And then there’s something new that’s recently shown up on the restaurant’s Facebook page. Presley’s now offers a competition burger called The King. It’s seven pounds – four pounds of beef, a pound of bacon plus toppings and bun that come up to seven pounds total. You can buy it for $25 ($20 on Thursdays) – and if you eat it by yourself in an hour, it’s not only free but Presley’s will give you $100.

From what I’ve seen, no one’s managed to get that Benjamin Franklin yet. But it has brought renewed interest along the west side of town, which is a good thing. 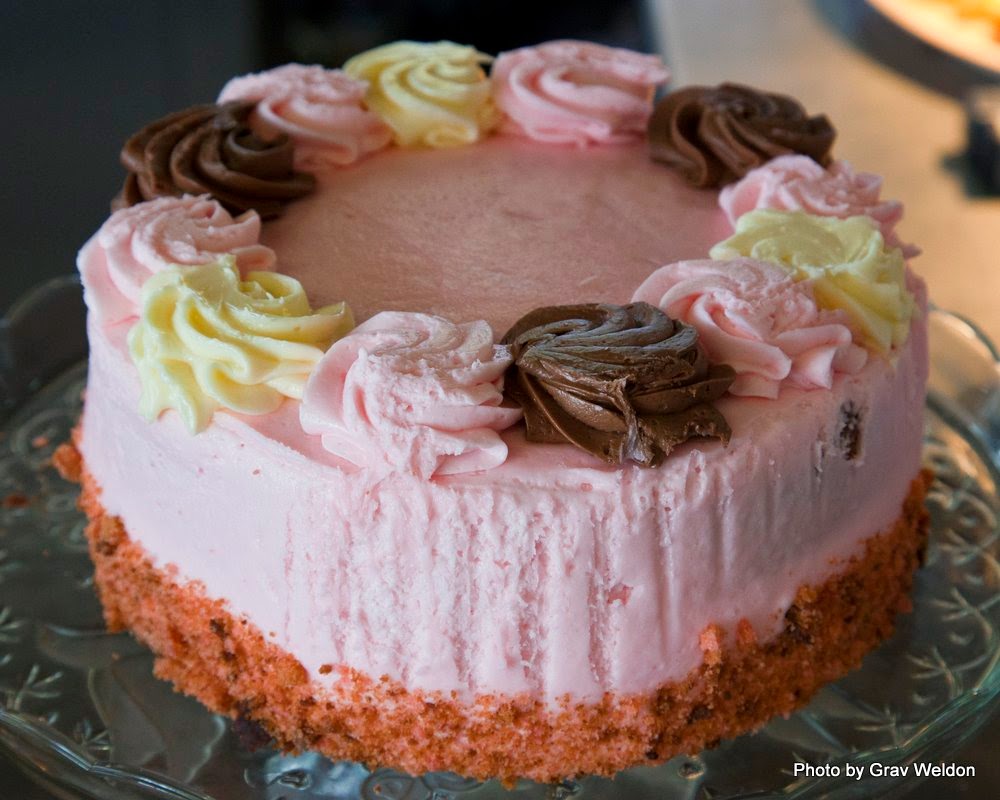 Presley’s has served Jonesboro for more than 40 years, and if Stallings can keep ahold of it, it could go another 40. On Thursday nghts it’s Bike Night, and local motorcycle enthusiasts line up outside the restaurant. Six days a week there’s someone around to order up a burger or some of that fantastic roast beef or Mexican chicken on the specials board.

Next time I go, I hope they have the Brown Derby again. I think, if it’s summer, I’ll sit outside on a curb stop and remember the traffic that used to pass by on Gee Street.