The Delta Trifecta of Barbecue, Cheese Dip and Pie at Nick's BBQ and Catfish in Carlisle. 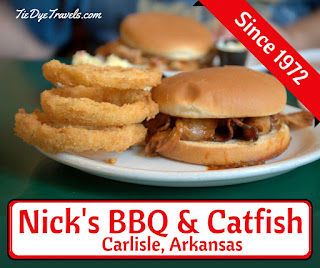 This popular joint off I-40 east of Little Rock is a good place to get your fill of plenty of Arkansas favorites, from fried green tomatoes to pecan pie. Let's check out Nick's.

Like barbecue? Love catfish? Can’t get enough cheese dip?  How about pie?  Nick’s BBQ and Catfish in Carlisle ticks all the boxes.  The parking lot for the big sprawling restaurant just off Interstate 40 is usually packed with cars and trucks. 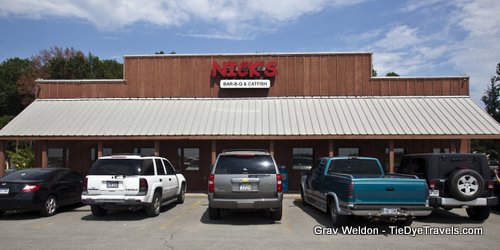 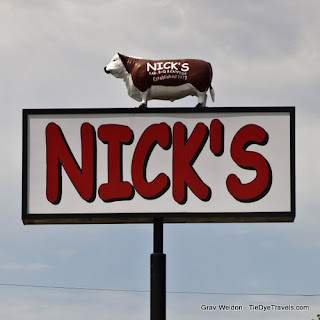 Nick’s was the brainchild of E.C. Ferguson “Cleo,” which I am given to understand was his middle name. Ferguson got the pit smoking the first time in 1972. All of the meat at Nick’s is smoked on-site.

Cleo passed away two decades ago, but the place is still family run. His widow, Dorothy, is in her nineties and still making the rib rub and sauce. His grandson Clay Waliski and Ferguson’s sons Todd and Craig run the business today. 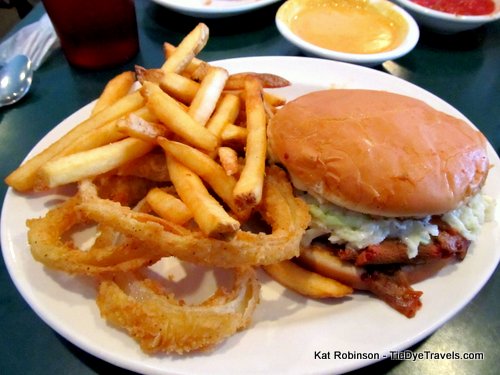 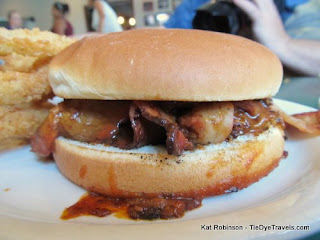 The barbecue and catfish are pretty darn good – five and six inch long fillets of lightly cornmeal dusted fried catfish go well with chunky potatoes and dark hush puppies.  Barbecue comes at you in all directions, with chopped and sliced pork, ribs, sliced and chopped beef and smoked chicken halves, all with a nice bit of rub and that tangy orange-brown sauce. 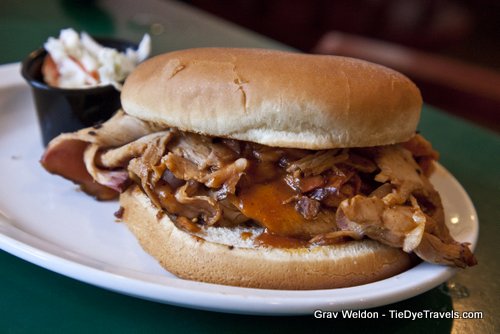 Sandwiches come with a variety of sides (with five different ways to order potatoes: baked, tater babies, tater tots, potato salad and French fries).  You can add coleslaw to your bun, too. 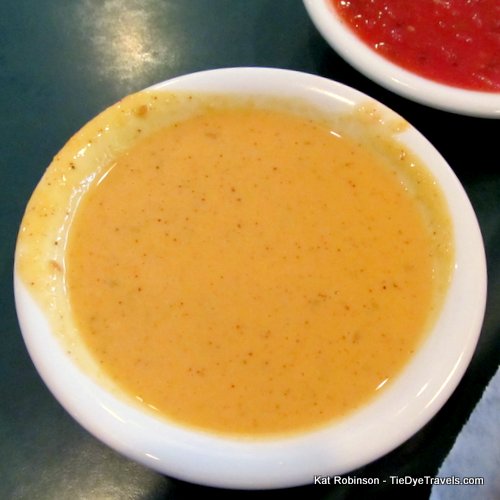 Like all good central Arkansas burger joints, Nick’s offers both cheese dip (of the yellow variety) and salsa with somewhat thin, crispy tortilla chips.  There are a few folks who say Nick’s cheese dip is better than what you might find anywhere else, and it’s hard to argue that.  There are a lot of flavorful notes in that there dip. 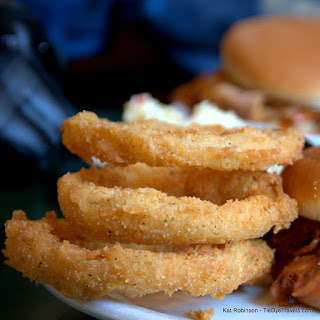 What might pass under the radar are the onion rings, and they really shouldn’t be ignored.  Just like the fried green tomatoes also offered on the menu, and like the fried pickle chips, there’s a lovely salt-and-pepper flour batter applied to the oversized rings before the fry, and they come out fantastic. 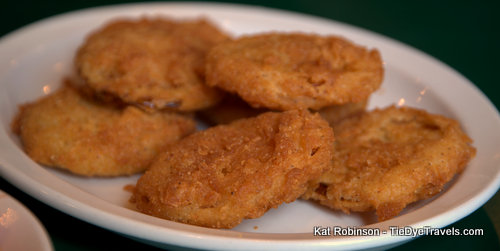 Rings, green tomatoes and pickles all are top caliber and deserve the mention. 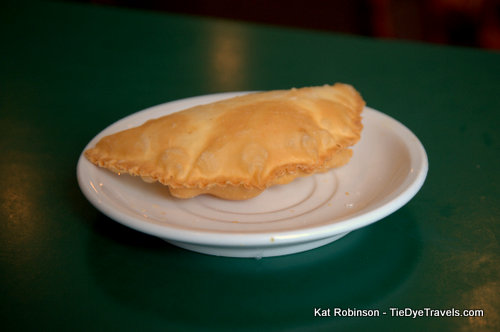 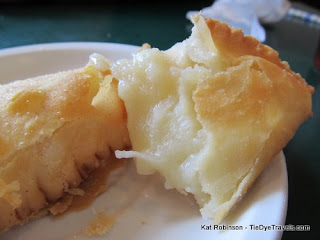 What you can’t skip is the pie.  Nick’s offers several varieties of desserts, including a Chocolate Confusion Cake and a cheesecake.  The fried pies are crispy, small and delectable, the perfect end to a meal.  They come in peach, chocolate, apricot, apple and coconut, and they are all quite fine. 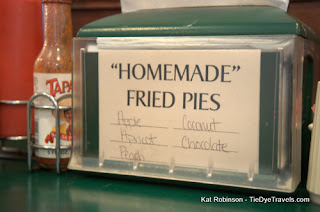 There’s also a peanut butter pie of great renown, but which I have yet to sample.  For some reason, every time I go, I start off with the fried pie and I can't get past it. I suspect that's because I'm just too dang full. 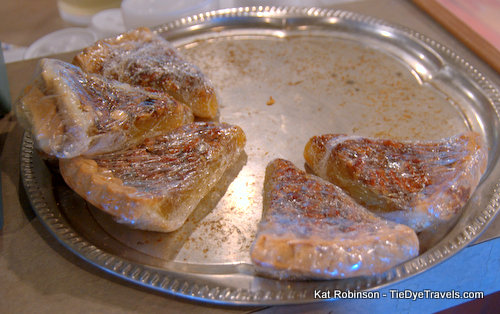 Even if you don’t have time to consume pie then, there’s no excuse for not picking up a slice of Grandma’s Homemade Pecan Pie.  Slices of this delicacy are carefully wrapped and waiting for you at the register.  If you can’t wait, they will warm one up for you, and might even give you some ice cream with it. 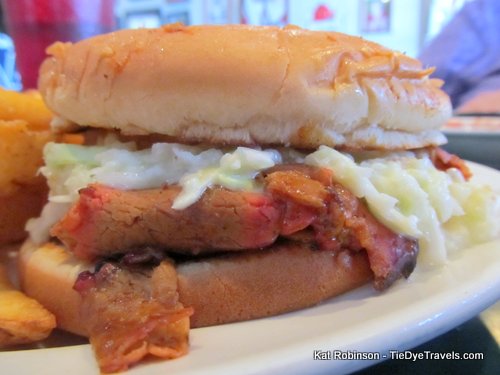 There’s always a family of some sort dining on one side of the restaurant or another, and there’s always a crowd in the parking lot.  You’ll find Nick’s BBQ and Catfish a few blocks south of Interstate 40 in Carlisle.  Check out the website for more information.