Herb's Creamland: The Heart of Ashdown. 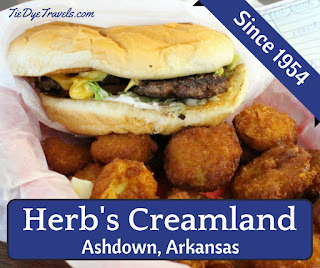 For Ashdown residents, there's nothing quite like grabbing a shake and a burger at Herb's. Learn more about the man who started the famed restaurant near US Highway 71 and some of its more popular dishes. 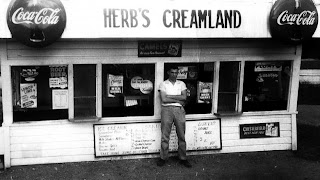 By all accounts, Herb McCandless was a good man.  It's something to be good once in your life, or for a time in your life.  But Herb was good for at least 59 of his 85 years -- as evidenced by the restaurant he leaves in his name. 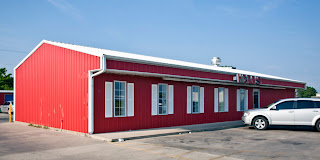 I didn't think I'd be writing a little bit of an obituary when I visited Herb's Creamland in Ashdown last week.  All I knew was I had to make the pilgrimage before I sat down and finished my second book, because Herb's fit into it. 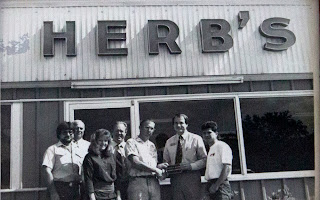 McCandless opened his very first restaurant on May 1, 1954 at the corner of Dupree and Highway 71.  It was a whitewashed affair, a drive-in with a couple of windows where folks could come up and order their choice of burger or sandwich or such.  Over the years Herb's would move again and again -- until it ended up in the red building with the white shutters along Dutch Webster Road. 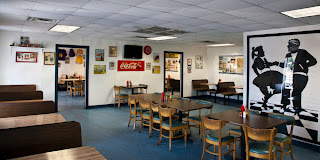 There's not a lot fancy about Herb's.  It's a classic drive-in restaurant -- though today it's all sit-down-and-eat with a kitchen on the end.  The walls of the place are decorated in high school and Razorback memorabilia with Route 66 overtones and articles and photos from a simpler time.  The menu itself seems like it's tucked in a time warp, with prices just as low as they could be. Still -- the prices today can't beat the original prices -- such as the six dogs for a dollar on family night from an aged poster in the dining room. 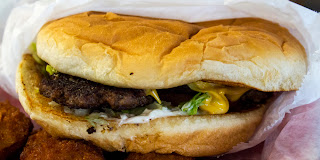 Today's menu is crammed with four pages worth of edibles, from burgers and plate lunch specials to Ark-Mex fare like tacos and burritos.  Amongst these is the original Herb Burger.  McCandless served the same burger since the beginning:  a slightly peppery smashy served with lettuce, pickle and mayo on a buttered and toasted bun -- a true drive-in burger if ever there was one. 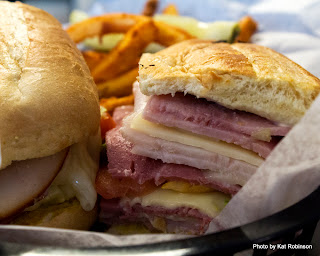 The restaurant has a reputation for naming dishes after folks, though I'm not on the "in"side enough to know the jokes about them.  Most of them aren't on the menu, but you will find a Randy Dandy there.  I don't know for sure if it's named after Randy Needham, the guy who manages the place today, but the sandwich is a good deal -- corned beef, ham, turkey, Swiss and mozzarella on a hoagie bun 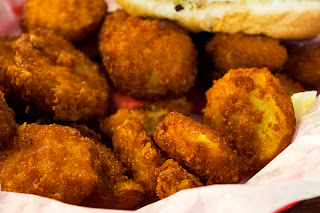 with choice of condiments for $4, complete with chips and a pickle spear.

It's very reasonable, like most of the stuff on the menu.  And it's evident that the whole matter is a home-grown operation.  For instance, I took the option of having fried squash with my meal instead of fries... I could have gone with fried okra or a number of different

vegetables.  With three of us, food and drink came in at about $15.  It's a good deal, and the community appreciates it.

While I was there, I learned that Herb's has always been open to all.  Though it came into being in the 50s, it was never segregated.  I also heard McCandless wouldn't turn away someone because they couldn't pay.  The Creamland wasn't the only thing he ran -- he also operated a pizza joint, a laundromat and more during the years.  His contributions were substantial to the Ashdown community. 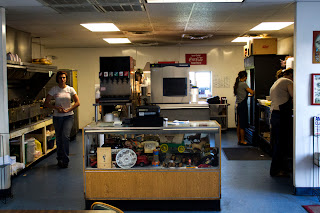 I mentioned the obituary.  I can't do justice to it -- I never met Herb McCandless.  I understand he came in every day, six days a week, to pick up lunch for the folks at the paper mill -- but he had already long gone for the day when I darkened the door July 3rd.  Sadly, less than a week later, he was standing on a trailer attached to a parked truck.  The trailer was struck by another vehicle, and McCandless was thrown.  His obituary and life remembrances are located on this website.

The restaurant will go on to serve the community.  His wife, Helen, may continue to come in and hand-batter the onion rings.  I doubt Ashdown will ever forget him.