On the subject of catching birds. 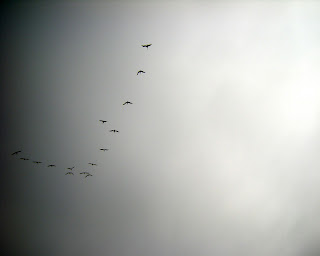 My daughter, at the age of four and a half, is full of questions. They range from the normal “why is the sky blue? Why do cats scratch?” to the inane “why can’t you eat bees?” She also asks a lot of permissions… “Mama, may I play in the tent?” or “Mama, could I go climb that tree?” I think that’s normal at her age.

But there was one question she’s asked me that started a conversation I can relate to you. Hunter asked me when she got in the car from school…

Now, on the surface, it may not seem like something you’d want your child to do. Many parents might just think it’s not possible for their child to catch a bird… but I know better. See, I was a bird-catching child. And I know a thing or two about catching birds.

“Hunter, I want you to listen to me. I can’t give you an answer right away.”

“Just hear me out,” I told her as we turned out on the street.

“Back when I was about your age, I asked the same question of several people around me. And the general answer was ‘no.’ Some of my more skeptical aunts and uncles flat out told me I had no business even trying – and what would I do with one if I did? I figure they all thought I’d never be able to do it.

“But one day I was out in my grandmother’s yard… it was hot, maybe August, and it had just rained. I saw a couple of mockingbirds fly down and start going to town in the grass… probably pulling up earthworms that had come to the surface with the wet. I decided I was going to try.

“Now, I wasn't going into this without a little research. See, there were a good number of cats in my life, all outdoor ones, and I’d been watching them. I noticed how still a cat would get when a bird came by, and how their eyes never left what they were after. And I noticed how they’d be motionless one moment, and then pounce and the bird would never know what hit them.”

Hunter was silent, considering this. At the next stoplight I looked back to see if she was listening. She was staring at me.

“Mama, do you know how to pounce like a cat?”

“It’s not about me pouncing like a cat. It was about me being still. I went out on that lawn. I just kinda slowly shuffled out towards the birds. When they’d look up, I’d freeze like a statue. And when they looked away I very slowly moved. When I was within 10 feet or so, I slid down to my knees and crawled a little closer.

“And when I was close enough to see the pupils in their eyes, I grabbed. And I’ll be darned but I got one.”

Hunter, by this time, was enthralled, and that moment she let loose with a series of excited questions. “Did you keep it? What did you do with it? Did it try to fly away? Was it pretty?” 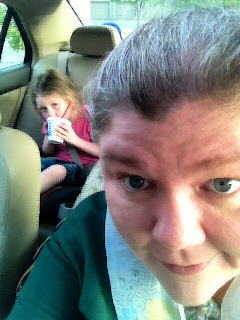 “Hang on, love. And no, I didn’t keep it,” I told her. “I had grabbed it with both hands, and when I loosened my grip I could see this little bird’s head through my fingers. He was gray on top and orange on the belly and he was just frozen. I thought I might have hurt him. And while I was trying to think of what I was going to do next, he pooped on me.”

That elicited a roar of laughter from the girlchild, and I laughed right along with her. She giggled and repeated “he POOPED on you!” several times. Did I mention she’s four-and-a-half?

“Well, Hunter, I let him go. It surprised me! And I had to go get the water hose and wash down my hands and shorts. But now I’d caught one, I was going to try to catch another.

“And I did. Oh, how I did. I caught mockingbirds and sparrows and cardinals, and I’d look at them and they’d look at me and I’d let them fly off. I had friends my age, Hunter, who I got to see when my mom would take me over to their houses, and I’d catch a bird or I’d tell them about catching a bird, and they’d tell me how I wasn’t supposed to touch birds and how they might have cooties and how baby birds would never again fly with their mama birds. But did I listen? Well, no.

“My friend Jason, he wanted to catch a bird, but he couldn’t so I caught one for him. And he kept it in a shoebox. But you know, birds are meant to fly, and this one kept in a shoebox died.”

Hunter got quiet for a minute before saying “I’d never keep one in a shoebox.”

“Nor should you,” I answered. “A few birds, like parakeets and macaws and toucans, if they live here they have to be in a cage because they can’t make it out in the world here. The climate’s not right. They’re pets. But birds that fly in the sky every day? They’re free, and it’s okay to look but not to keep them.”

“But mama, can I catch a bird?” Hunter asked again.

“Can you? Well, maybe you can but that doesn’t mean you should. When I was maybe eight or ten, there was one day I caught a bird when my mom wasn’t home. I wanted Mom to see that bird and see how good I was at catching birds. And I thought, ‘I could put it in a box or a crate, just for a few minutes until Mom gets home, and it’ll be all right and I can let it go then.’ And so I took the bird inside.

“That was a bad choice. I just made inside, and when I went to shut the door I accidentally loosened my hands just enough for that bird to escape. It flew all over the house, through every open doorway, trying to get out. And the problem is with a bird in the house like that, is that they know someone’s trying to catch them so they don’t settle down, not unless they can hide up high somewhere. And after I tried getting that bird back in my hands a while it roosted atop a curtain rod and just stayed there. And then Mom came home.”

“Did you get in trouble?” Hunter asked.

“Well, not right away,” I answered. “That bird was quiet, and I thought to myself ‘if it stays still tonight, I can get it down tomorrow.’ So I didn’t say anything to my mom.

“But about time dinner came around, that bird wasn’t as scared any more and it came down, swooping down through the dining room just as dinner was done. My mom hollered and shouted. She went and got a broom and went after it, opening up the doors and finally shooing it out. And then I got spanked.”

“You got in trouble,” Hunter answered.

“I did. But even that didn’t keep me from catching birds.”

“Do you still catch birds, Mama?”

“Well, funny thing about that. When I got older, I got interested in other things. There was school, and in the summer there were friends to hang out with and music to listen to and stories to write. I stopped catching birds for fun and just went about my life.”

“But it came in useful. There was one day when I was working at Today’s THV, back in the early aughts when I did the morning show. And we had this weather garden, and there was a sliding door that separated it from the studio. And one day this bird just soared straight in through the door, in through the studio and straight on to the newsroom. And the newsroom there had very, very high ceilings – so when someone would try to shoo it out, it’d just fly up high and back again.

“Well, the show started, and I was the only one in the newsroom. And I noticed the bird swooping down again. I watched it, and I saw it go up under Tom’s desk. That was back when his desk was right next to the studio doors. I went over there, pulled back the chair slowly, slid down to my knees and pounced… and got that bird. And I walked it out the door and through the studio out to the weather garden, where I let it go.”

“Did it ever come back, Mama?” Hunter asked. We were nearly home by this point.

“Well, I don’t know. It was just a little gray and white bird and I couldn’t tell any difference between it and any other birds.”

“I hope it came back,” Hunter told me.

“Thing is, Hunter, it’s all right to catch birds. It’s all right to try. I wouldn’t do it at school, where there’s not a lot of room to run on the playground and there are things to fall over. But I won’t say no. Just remember… if it was free in the firsthand, it was probably meant to be free.”

When we got out of the car, Hunter asked “could you catch a bird for me?”