The Scent of Memory: Klappenbach Bakery.

Well, the Redbugs are still playing, and Bear Bryant’s legacy is still held dear. But Klappenbach Bakery is now a delicious and fondly favored memory.

For 36 years, the red brick bakery stood sentinel along a stretch of pavement downtown, not far from the railroad tracks. It was a great spot for hot coffee, warm pastries and sweet conversations. Past the pastry cases in the foyer, one would enter a red-washed room decorated with gas station memorabilia and mismatched tables, often packed with the guys from down the street, or local farmers shooting the breeze, or the local civic club. There were lunches taken here, many – but it was breakfast where the place really shined, home to buttery Danish and tiny miniature doughnuts. And oh golly, the monkey bread. 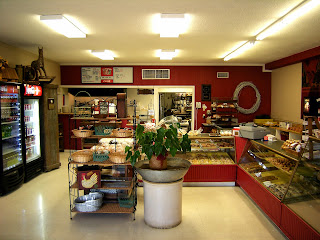 The bakery’s story started 2000 miles away, in the burg of Walla Walla, WA. It began its Arkansas chapter in 1975, when Norman and Lee Klappenbach moved to Fordyce (Lee was originally from Dallas County). Their son Paul was still a kid, ten or eleven years old, when they started up the little bakery that grew a huge following. The family started baking up fresh pastries, bread and doughnuts in the area because fresh baked goods weren’t locally available. It didn’t take long for folks to find them… following the aroma of cinnamon rolls that would waft blocks away. By the time the Klappenbachs threw in the towel in 2011, they averaged 75 people each day for lunch – an impressive ratio for a town of just 5000 people. 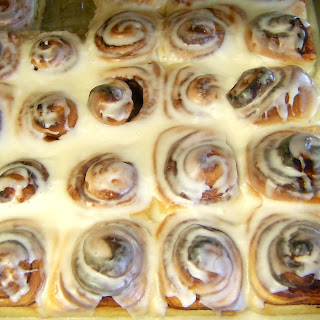 Breakfast, lunch… a community can live on that. It can thrive on baked goods, though, and Klappenbach has plenty: miniature doughnuts for a quarter apiece, big fat fresh loaves of bread, the aforementioned monkey bread, fritters and cinnamon rolls, raisin bread, pies, brownies, cupcakes, pecan rolls, bear claws, cookies and cakes. In 1991 the bakery started doing mail-order, and the orders started rolling in from all over the country – first from ex-pats who wanted a taste of home, then from folks who were lucky enough to share in that bounty, then from people who’d never stepped foot in Arkansas but had read about the place in Southern Living. 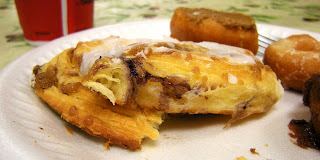 It became tradition for travelers passing through town on Highway 167 to make it their pit shop – and for some, like myself, it became a culinary destination. I used to find reasons to divert up to an hour off my path just to pick up a moist cake or a box of brownies to take with me wherever I was going. Long before culinary tourism became a “thing,” there were so many practicing that art with their own paths through south central Arkansas. 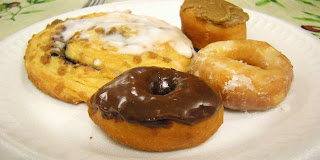 When a fire shut down the bakery in 2009, we all feared the end had come and eulogized our happy spot in town. But we were treated to a coda, a little window of opportunity, when the place reopened a few months later. For one more year, there were tiny doughnuts and massive cinnamon rolls again. 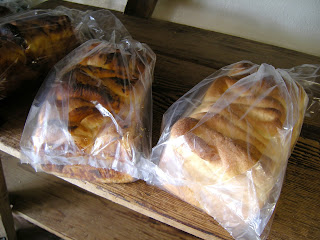 And then it was over. Norman Klappenbach was 80, his wife Lee 77, and they were done. Son Paul was 47. He’d spent seven years working 65 hours a week to keep the bakery open, but it just wasn’t in him anymore. With no one else left to take up the reins of business, the bakery shut its doors October 1st of 2011.

There’s still no replacement for that heavenly scent that would sometimes waft as far as the bypass. But there are good memories… and I keep hoping one day I’ll see mention somewhere that I can order a box of bread (three loaves, or a loaf and a cake) through the mail. I sure miss that monkey bread.
Told by Kat Robinson at 10:00:00 AM