From the Brink of Extinction Comes a Flash of Hope. 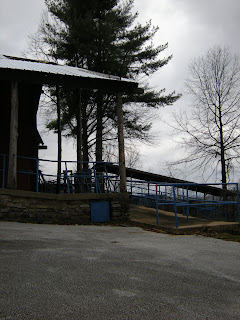 The flash of white darting in among the trees was something I treasured from my youth. The rustle of leaves with that little plip-plop of blumbering grace would alert me to the presence of the creature, and I would scan the woods, looking for the round head somewhere between chest and waist level. Sometimes I’d catch the scent on the breeze, and I’d lean into it, hoping to hear the almost magical sing-song call. I’d grasp my hand a little tighter on the handle, and start to salivate.

Of course, we all grow older, and when I was of age I left home and went on to college. I didn’t hunt as much then, but I’d still try to make a yearly pilgrimage to the valley, my equipment primed and greased for action. And even in those lean years when I could barely scrape two pennies together, there were nights of great feasts.

But times changed, and the forests grew silent in the valley, up there in Northwest Arkansas. Well, if you don’t count the elk, bear, rabbit, deer, various forms of fowl and reptile, cars, motorcycles, tourists… but I digress. That musical call, those plip-plop steps? A thing of my past. 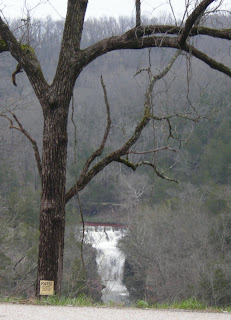 Until recently. After years of wondering what became of my favorite prey, I decided to take a journey up Highway Seven to see if I might be able to find some good eating. I hadn’t seen the creature on the endangered species list -- and who was going to know, anyway? I took everything I needed with me for a lengthy sojourn -- bug spray, knee socks, good walking shoes, cast iron pan, toothbrush. I didn’t know when I’d be back or if I would be able to feed myself out in the wild, but I was sure gonna give it a shot.

The first few days were fruitless. I got nothing more than bug bites and a 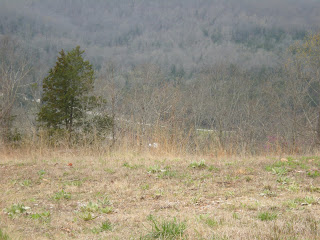 nifty sunburn in the part on my head, and a bunch of cockleburs and other critters and hangers on. At night I’d roll into Jasper nearby, spend a few hours nursing a deep fried burger and a basket of zucchini fries at the Ozark Café, and either crash in the back of the vehicle or poke up a small tent in a dark restless little campground.

But then… one afternoon I was finding my way through the ruins of an old town along the way. All was quiet, save the birds squawking in the trees and the babble of a nearby brook. Oh, and the highway traffic from Scenic Seven. I was sure -- dead certain sure! -- that I had heard a sing-song cry on the wind. Ah! Alark! Is Alark a word? I don’t know -- haven’t a clue! -- but was that not the cry of the beast I was hunting? Surely it was, and not the rumble of one of the many motorcycles that had passed through that day.

I reached into my backpack and pulled out my trusty sidearm. I wasn’t going to be caught without the essentials this time out. I craved that childhood favorite, and I was not going to be denied this time! 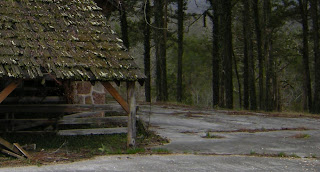 Further into the ghost town I stumbled, quietly padding along behind a row of shanties. There! I know that had to be what I was looking for! I heard that plip-plop scuttle grow faster, and for a moment it started to coast away from me.

I could stand it no longer. “Hey!” I cried. “Hey!” The drool ran down from the corner of my mouth, and I started to hyperventilate a little. This was the moment of truth.

I gazed hungrily in its direction, and brought up my frying pan. 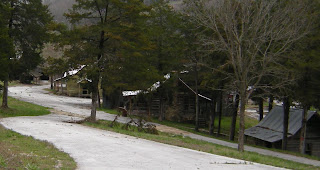 At first, I thought maybe I’d been mistaken, maybe what I’d glimpsed was the white of a fading ad sign out in the weeds, the musical tinkle of long abandoned wind chimes. But then, they were upon me -- not one, not six, but something like 27 Shmoon, all flipping and 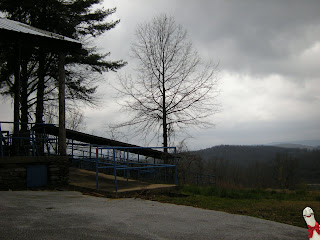 flopping excitedly like an overturned box of puppies. The first to reach me happily landed in the frying pan and quickly started to turn into steak. Others bounced off of him in their efforts, and I momentarily regretted not bringing a larger pan. But once the first rush had calmed down, a few popped out more vittles in the form of fresh eggs, butter, and Shmoo milk. They lapped at me and around me happily, an unlikely crowd of white softness that took the edge off the day. 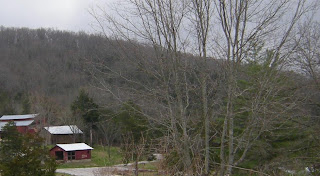 I found I didn’t even need to heat the pan, the Shmoo that had immolated himself there was almost done and looking up at me with adoration in its shoe button eye. I pulled out the prerequisite oversized bib and tied it around my neck in anticipation of such fine dining. 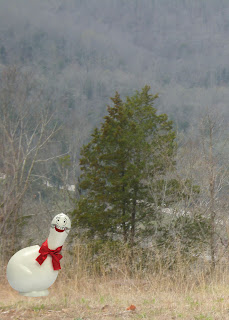 And indeed, it was such. No sauce, no spice could ever tune up a steak finer than that I had that day on the rolling grounds of the former town of Dogpatch, now deserted. Creamy Shmoo milk and savory steak, and even a Shmoo souffle I managed to whip up on quick notice. Splendid eats, though I must admit it was odd being watched by my dinner’s fellows as I dined.

No matter. They even washed my skillet in the creek before I left. And two of them happily hopped into my cooler, ready for me to take them home to bake or grill or whatever I liked. I can really dig game that likes a ride in the car.

Email ThisBlogThis!Share to TwitterShare to FacebookShare to Pinterest
Labels: Shmoo