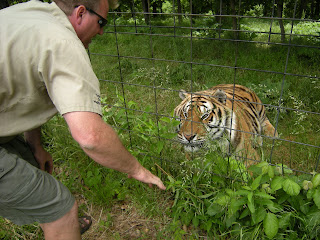 Turpentine Creek Wildlife Refuge is taking on rescued wild animals and putting them where they belong -- in a world where they’re free to feel the grass under their feet.

Imagine life in a 400 square foot apartment. You can’t leave, you can only have select visitors -- you’re fed well, but you live on a concrete pad.

Imagine living that way, and then suddenly finding yourself with a half acre of your own woodland paradise.

That’s what many of the tigers, cougars, and lions at Turpentine Creek Wildlife Refuge are now experiencing -- and what many more will soon enjoy with new expansions and projects at the Refuge this year. Not that life hasn’t improved for these animals. These wild creatures are all rescue animals -- surrendered by owners who couldn’t care for them, captured during criminal acts, or relocated after the closure of other facilities. Some of them, like cougar K.C., were actually kept in apartments as pets at one point or another. Others were undernourished or abused.

At the Refuge, they’re all given food, accommodations, and the respect these magnificent beasts should receive.

I toured the Eureka Springs-area facility with Scott Smith this May. I’ve visited other refuges and parks that have claimed a similar mission before, but I was surprised what I found here.

Scott’s been with Turpentine Creek for most of its 15 years. He’s seen the refuge grow from the original visitors center and a smattering of caged enclosures to the expansive compound it is today. 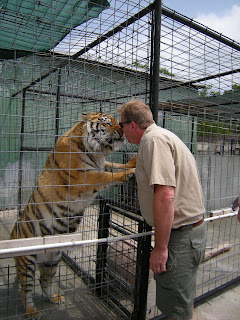 Our first stop along the tour was Heather. Her story is different from most of the creatures at TCWR. Heather was born to Pretzel and Siam, two other Bengal tigers at the Refuge. When Pretzel was surrendered, her owners said she had been spayed. Apparently that wasn’t the case -- because in 2000 Heather and a sister were born. Unfortunately, the sister didn’t survive.

Heather had a hole in her stomach from where Pretzel had bitten off the umbilical cord. She survived that, and a round of pelvic cancer in 2002. Scott told me that one of the other workers at the Refuge had asked if she could try homeopathic remedies on Heather when her prognosis from the cancer looked grim. They allowed her to try, and today Heather is the picture of health.

Heather was expected to be the last animal to be born at the refuge. “Since then, we’ve made sure that every animal that comes into the Refuge is spayed or neutered,” Scott said. “If we breed more animals, there’s less space for the rescued ones.” 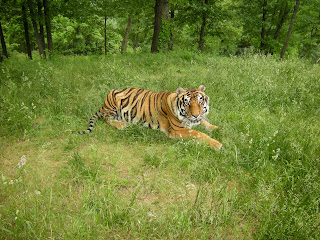 And that could become a problem in the future. Many states have passed laws about the private ownership of wild cats and bears, and some of the animals surrendered to the Refuge have come from individuals in those states who are now considered to be breaking the law by owning one of these animals. “We pick up animals from all over the country,” Scott continued. “So far, we have animals from 26 states.”

Those animals have to be fed, and they are -- through generous donations from Wal-Mart and Tyson. “Throughout the week, we have people pick up meat from Wal-Mart Neighborhood Markets, and from Tyson Foods,” said Scott. “All the meat is donated. We don’t feed the animals any processed products.” 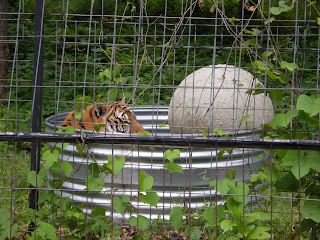 That’s a lot of meat. In the wintertime, when the animals need a lot of protein to keep warm, the Refuge can go through as much as 1800 pounds a day. During the summer, when the animals slow down to keep from overheating, it’s more like 800 pounds. All of the donated meat is kept in huge refrigerated facilities in another part of the compound.

Even with good nutrition and top notch veterinary care, these animals are still not quite in what would be considered a natural environment. Certain accommodations have long since been made -- such as misting devices to keep them cool in the hottest part of the day, and lots of shade and secluded dens. But TCWR is doing more to make these animals comfortable.

Over the past several years, large areas of the land on the hillside has been segmented out by tall sturdy fencing to become “runs” for lions and cougars. These enclosures of ¼ to 1 ½ acres give 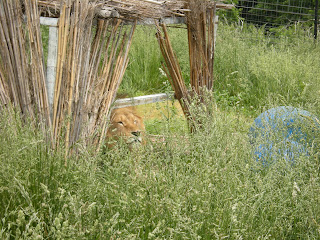 the animals a chance to live in nature and feel the grass beneath their feet.

This Independence Day, many more of these animals will have the chance. On July 4th, a new section of the Refuge opens, with dozens more of the big cats able to prowl on large stretches of land.

“The idea was, why 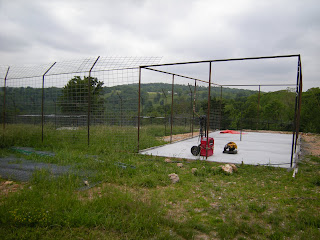 don’t we put the people in cages and let the animals roam free?” Scott joked on our tour. And indeed, that’s what’s happening. Along a corridor between the separate enclosures, a long outdoor hallway has been constructed. Tour groups will be able to walk the long stretch and see the animals in a more natural habitat. They’ll be safe -- with several feet of space between the people enclosure and the fencing around each of the runs. 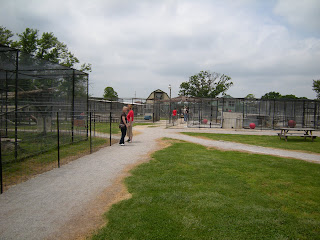 The Refuge has several employees -- but a large portion of its workforce comes from volunteers and interns. Interns come from all over the United States and spend six months learning how to care for the big cats and bears. This knowledge will help them in endeavors in other parts of the world, where preservation efforts are going strong.

As I mentioned earlier, Heather was supposed to have been the last tiger born at Turpentine Creek. But you never know when a true surprise is going to happen.

Back in April, a pair of tigers were rescued from Missouri. Ziggy, the male, was neutered on arrival. But a tiger’s gestational period last from 93 to 111 days. On May 30th, Ziggy’s mate Tigger G gave birth to triplets. One of the three didn’t survive, but the other two are being cared for by TCWR staff. They’re not on display at this time, but once they’re old enough they’ll be treated with the same love and respect as the rest of the creatures at the Refuge. 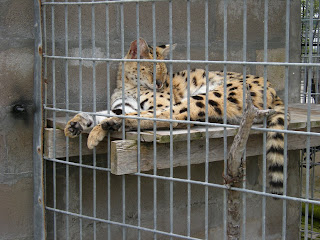 Of course, raising two tiger cubs can be expensive. Unfortunately, Tigger G hasn’t taken to motherhood, so the cubs are being fed formula by hand. The cubs will also need names, so the Refuge is asking for sponsorships. For $2000, a donor can give one of the cubs a name.

The Refuge does have a few other animals besides the tigers, lions, cougars and bears. There are a few resident parrots, a Rhesus monkey, a serval, and a bobcat. And there’s a badger. No kidding. 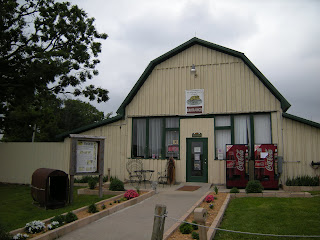 The Refuge is open every day of the year except Christmas for visits. The money from admissions goes right back into caring for the animals and running the facility. Admission for an adult is $15, $10 for kids between 3 and 12, seniors and veterans. It’s open from 9am to 6pm during the summer and 9am to 5pm in the winter. The best time to go is in the early morning, when the animals are still somewhat active from their nocturnal pursuits -- or between 4-5 p.m., when they are fed. 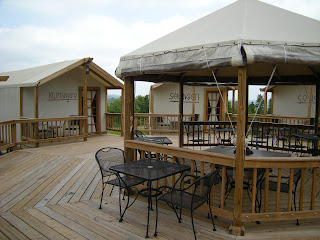 Of course, you can stay at the Refuge all night, if you want. Lodging choices allow visitors to spend more time there, and to listen to the animals at night. Accommodations range from bed and breakfast style suites to a five cabin Zulu Safari Guest Lodge to a real Tree House. There are also RV hookups and camping sites available. Future plans include a reunion style pavilion and fountain pool.