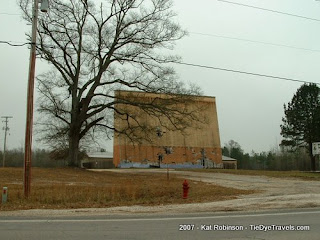 Traveling down Highway 67 south of Malvern, you might expect to eventually arrive in Donaldson or Arkadelphia.

You don't expect to land in the past.

Such was the case one overcast December day, when I was traversing the route south, seeking a story. And this looks like one to me. 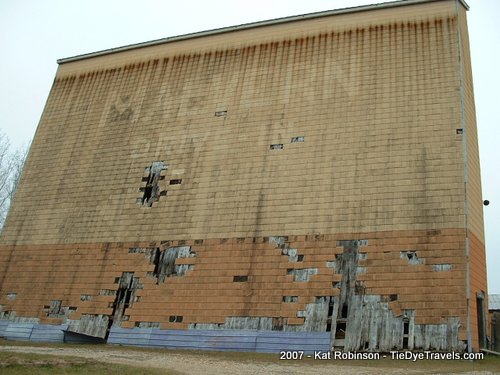 The Malvern Drive-In was a popular spot on the roadway up until the late '80s. Every Friday and Saturday night from early spring to just after Halloween, families would load up cars or trucks or vans and head out to the old theater for a double feature and good times.

On entering, you'd take off to the right, where an attendant would take the money for the carload and check to see how many people you'd managed to stuff in your vehicle. You'd then proceed around the old screen to the back, where you'd dutifully pull into your spot, hook up to your speaker
(conveniently located on a pole by your car) and prepare for good times. 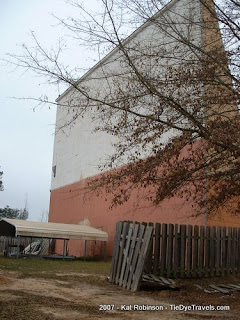 Needed a drink or something to munch on? There was a concession building about halfway back, where you could buy popcorn or hot dogs. In the '80s, there were also quite a few video games inside -- I suppose for those who'd rather sink quarters on Ms. Pac Man than watch a feature presentation.

There was even a small area directly in front with playground equipment for the kids. I seem to remember a
speaker there, too, so the kids could
keep up with the movie. But I can't imagine how that'd work, since looking straight up wasn't much of a show. 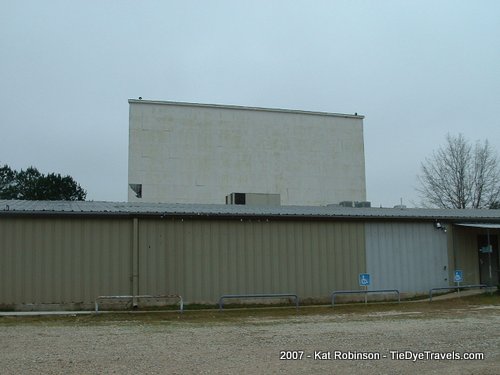 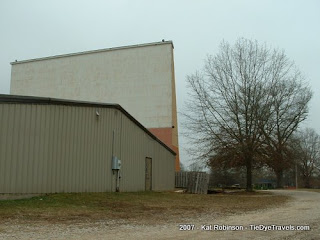 Unfortunately, there's no chance for a revitalization here. The old concession stand is long gone, and closer to the screen there's a building. Built in the '90s, the Malvern Moose Family Center hosts parties and get-togethers in a non-descript gray metal building.

There's not much to look at past it, either. All of the old speaker poles are gone. Someone's cleared out more land, but what
for I can't imagine -- there's plenty of parking for the old building.

You can still see the screen of the old drive-in from the road. It's on the east side, a few miles south of downtown Malvern on Highway 67. 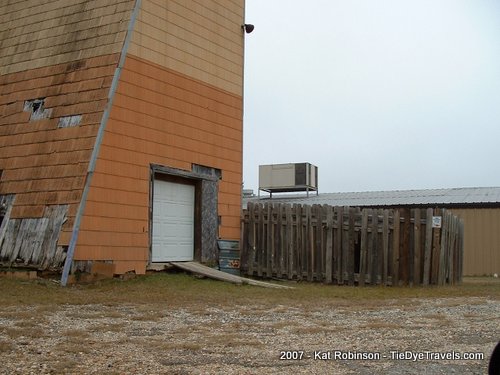 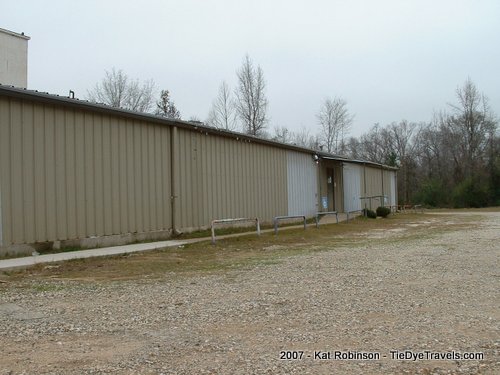 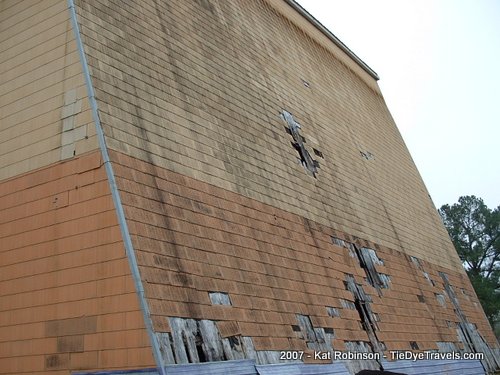 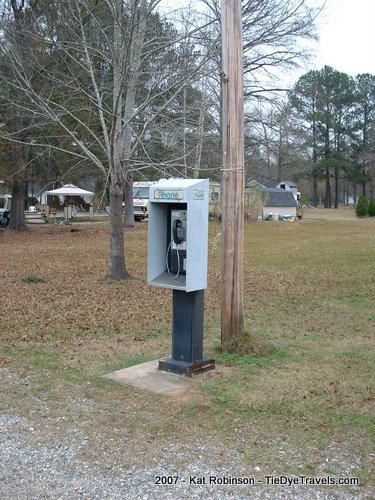 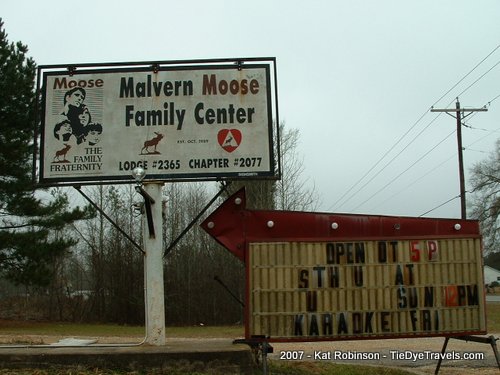