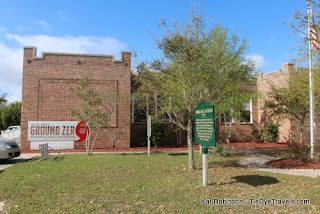 Hurricane Katrina, which walloped the Gulf Coast in August 2005, has been referred to as the worst weather disaster the United States has ever encountered. At this city center in the town of Waveland, the disaster's personal notes are remembered in vivid, clear detail.


While on vacation on the Mississippi West Coast, I wanted to make one very important stop. It may sound odd, but the Ground Zero museum for Hurricane Katrina was a must-see for me. 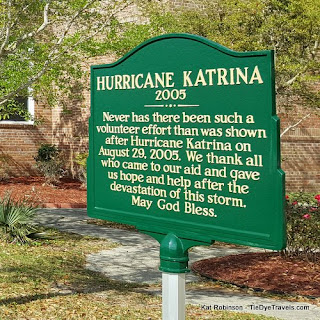 Katrina struck an area that, up until landfall that Monday morning in August 2005, had been a bit of a playground for me. I had my first experience as an adult watching the waves come in at Biloxi, and since 2000 had spent a week at a time at least once a year immersing myself in New Orleans. The morning of August 29th, 2005, I was in the newsroom at THV in Little Rock, my first morning back after a week of vacation. We knew so little of what was happening, and that morning and in the days to come the focus would be on New Orleans - not only for the huge loss of life and the broken levees, but as its place as a major American city devastated by disaster.

But the water in New Orleans never reached the epic levels experienced in Waveland. That morning, as the hurrricane made its second landfall (its first had come the week before in Florida), it washed 18 miles inland, over towns and neighborhoods and everything in its path. Residents who thought they'd never see a worse disaster than Hurricane Camille in 1969 took shelter in places above the highest waterline from that calamity and it was not enough, not enough by a long shot.

Waveland, Mississippi took the worst of the brunt. When the waters receeded, there was only one building standing along its main street. That edifice, restored in the intervening years, is now host to the Waveland Ground Zero Hurricane Museum. 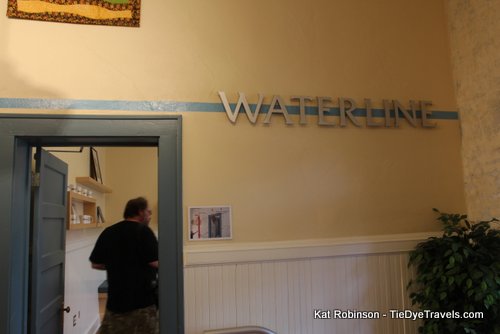 On entering through the front of the museum, one can see the waterline overhead. You can almost touch it when you reach the top of the entry stairs.  Almost. 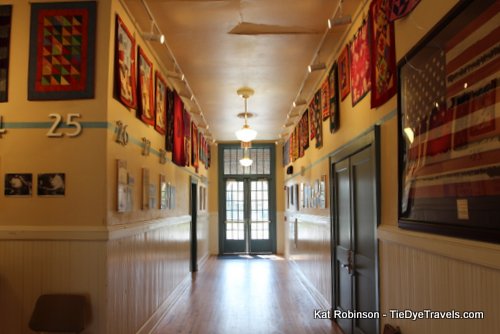 The hall that bisects the structure bears a timeline of Katrina, from its first formation to its final impact, in a series of images that stretech the length from center to end to other end and back again. Overhead, a collection of tapestries hang, hand-sewn and created by a woman who collected fabric from the debris. 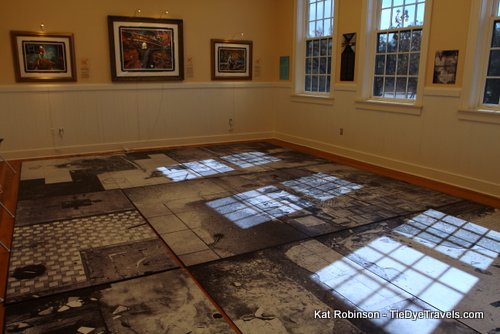 The museum is not large. One corner suite is a single exhibition combining painted images of individuals impacted by Katrina imposed on walls overlooking a floor of photographs of ruined foundations. 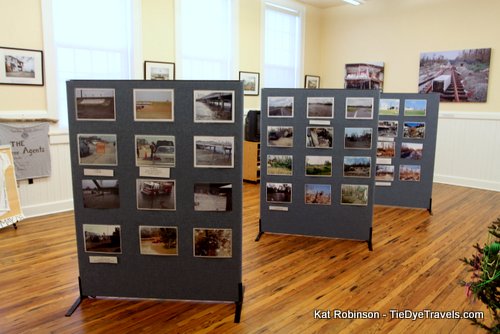 Another corner suite consists of photographs of the recovery efforts, juxtaposed with colorful paintings from area schoolchildren. 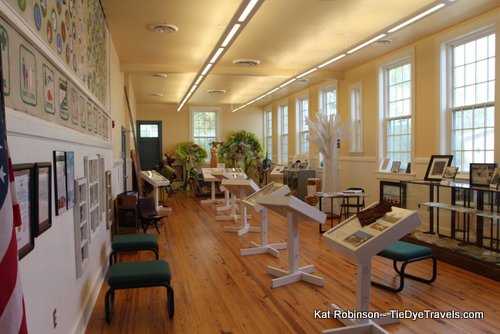 The northwest corner of the museum is one long room that, while continuing with the themes of Katrina, also introduces pieces of Waveland, from a wall of Boy Scout badges to Mardi Gras krewe memorabilia and animal creations from an old carousel. It's a reminder - while Katrina fundamentally changed and damaged the town's infrastructure, the community continues to exist and thrive.