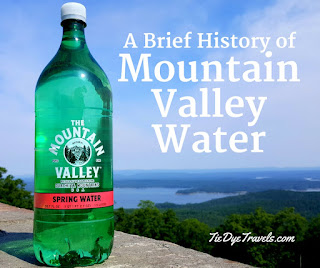 Mountain Valley Water is found on tables at some of the world’s finest restaurants.  But how did this humble flow make it from the Hot Springs area to international prominence?


Back in the 19th century, Benjamin Lockett and his son Enoch started bottling the water from a spring on their land.  Lockett’s Spring Water was acquired in 1871 by Peter and John Greene, who renamed the precious resource by the name it’s recognized by today.  The Greenes built a hotel on the old Lockett homestead, called the Mountain Valley Hotel and Resort, some 12 miles from Central Avenue and its famed hot springs.  John ran the hotel, while Peter set up a distributorship not far from the famous bathhouses. 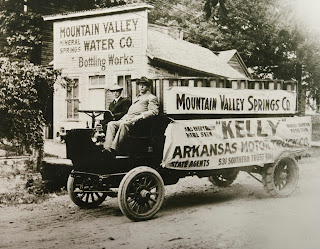 The Greenes sold the land and the water to W. N. Benton in 1879 – and he in turn began marketing it as a cure-all for anything that ailed a person.  Benton understood marketing, and soon there were endorsements for Mountain Valley Spring Water in publications all over the United States.  Bottles were sold from Florida to Maine to Texas. 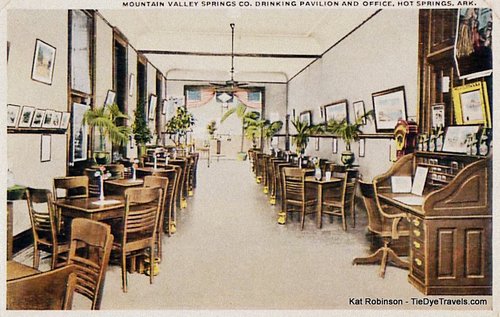 In 1883, Benton formed the Mountain Valley Water Company with Zeb Ward, G. G. Latta, Samuel Stitt and Samuel Fordyce (for whom the town of Fordyce and the Fordyce Bathhouse were both named) as principal investors.  Nine years later, Ward bought out his partners and two years after that Mountain Valley Water Company opened its first franchise location in Philadelphia. 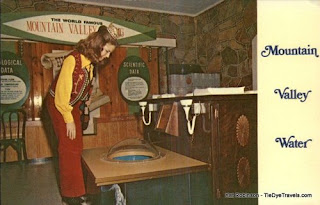 All these changes in ownership happened because Mountain Valley Water is an amazing commodity. Not only a delicious and clear water from a babbling spring, this particular sort of water was credited with curing kidney and liver ailments as well as dyspepsia, dropsy, and Bright’s Disease.  The company founded to promote the beverage created one of the first nationwide franchises in America, and continues to offer the original water today along with a sparkling version and flavored versions. 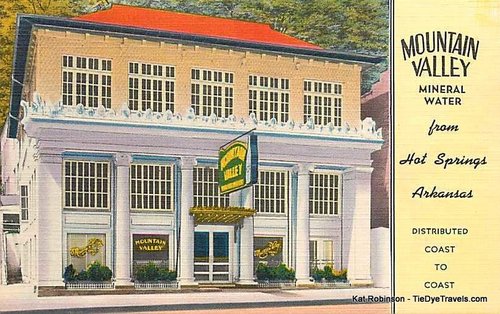 August Schlafly purchased the DeSoto Springs Mineral Water Company, a competitor, in 1924.  The Classical Revival building was renovated and a third story was added, containing a Japanese-themed dance hall.  The DeSoto Spring Water Depot and Dance Hall would continue to operate until 1936, when the headquarters for Mountain Valley Water were moved to this location, creating a visitors center that’s still open to this day.

For lovers of this clean water, a visit to Hot Springs is not complete without a stop at the Mountain Valley Water Visitors Center.  Inside, you’ll find collections of memorabilia surrounding the company and the history of the water it distributes.  Attendants are on hand during operating hours to share a taste of this local product. 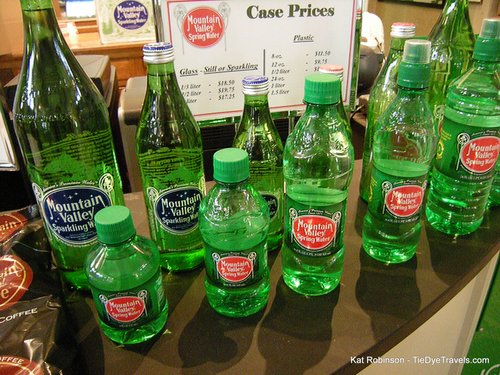 You might be surprised by some of the many individuals who have enjoyed Mountain Valley Water over the decades.  From the elite to celebrities to Presidents of the United States, this refreshing beverage has been enjoyed and shared.

Around the turn of the 20th century, a rumor started to circulate about two men who met on a train heading from Hot Springs to New York.  The two men sat down to dinner, and each brought a bottle of Mountain Valley Water to go with their meal.  They reportedly agreed to create a partnership to purchase a franchise of the Mountain Valley Water Company in New York – but, when it came time to exchange business cards, they discovered they were already sworn enemies.  The men in question?  The newspaper monopolist William Randolph Hearst and the renown gambler Richard Canfield, who Hearst had campaigned against in his papers.

Calvin Coolidge is believed to be the first U.S. president to have enjoyed the beverage in the White House.  Dwight Eisenhower drank the water on the advice of his physician after a heart attack. Eleven other presidents have shared Mountain Valley Water at the White House, including Arkansas’s own Bill Clinton.

All sorts of famous people have consumed this natural beverage, including athletic competitors such as Sugar Ray Robinson, Gene Tunney and Joe Lewis.  Even The King himself, Elvis Presley, loved this Arkansas product. 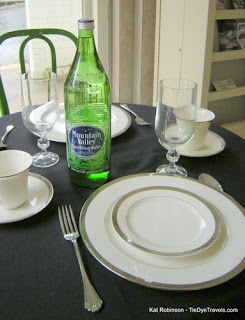 Speaking of labels, Mountain Valley Water sports a new label these days. You can also find it in larger, plastic bottles that are perfect for taking along on outdoor excursions.

For more information about Mountain Valley Water, including where to purchase the beverage locally, check out www.mountainvalleywater.com.