Did The Frito Chili Pie Come From Arkansas? 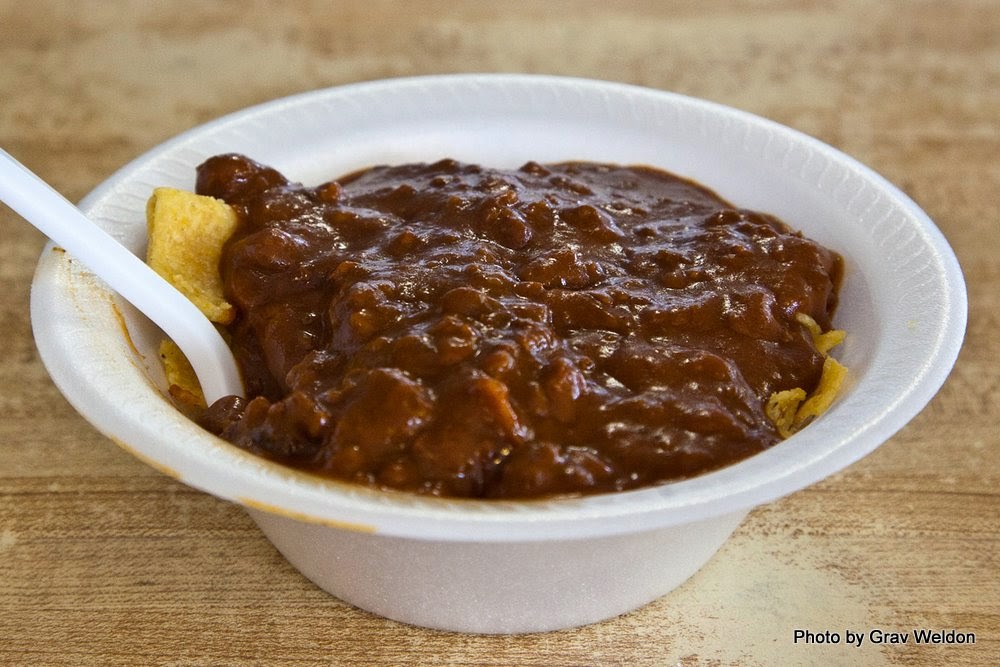 Long disputed between Texas and New Mexico, the owner of Spradlin's Dairy Delight in England says his dad came up with the eponymous dish.

Back in 1957, Claude Spradlin started up a new business in England.  Spradlin's wife had worked at a dairy bar in her hometown, and he figured that England needed one of its own.  He was right.  Spradlin's Dairy Delight caught on quickly, becoming the place to pick up a burger, a long hot dog or a Frito Chili Pie. 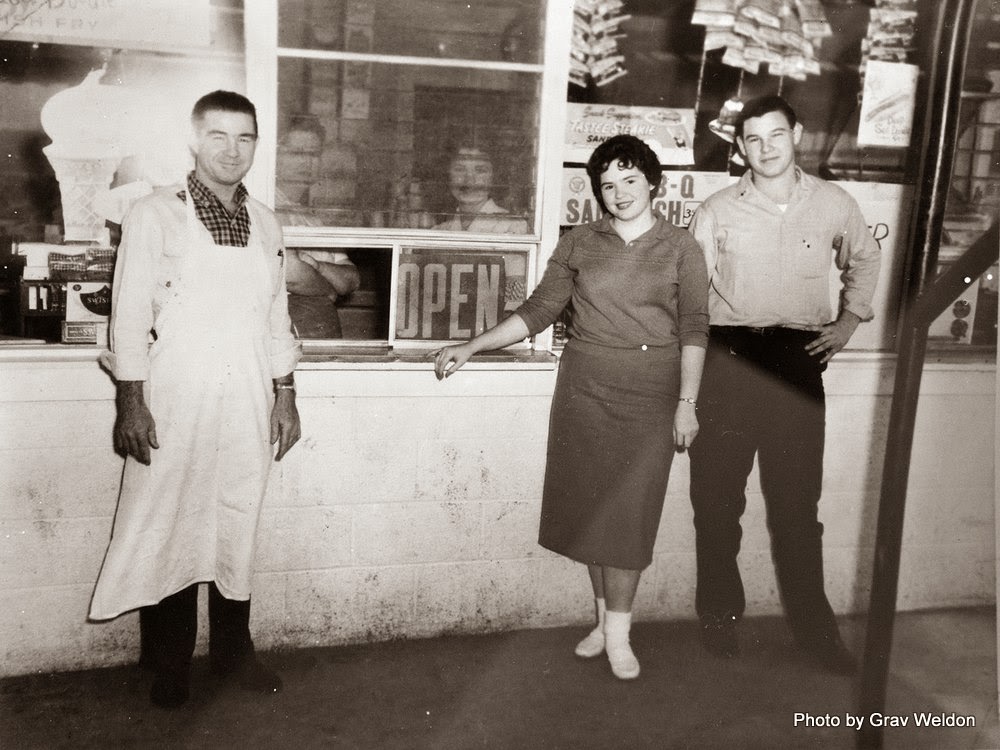 Spradlin's son, Claude Spradlin, Jr. took over in 1973 and still runs the business today.  He has been part of the operation since the restaurant opened (he was seven at the time), and he took over the grill for the first time when he was 16.  The junior Spradlin is now 64 and believes he may have grilled up more hamburgers in 50 years than anyone else in America.  He could be right. 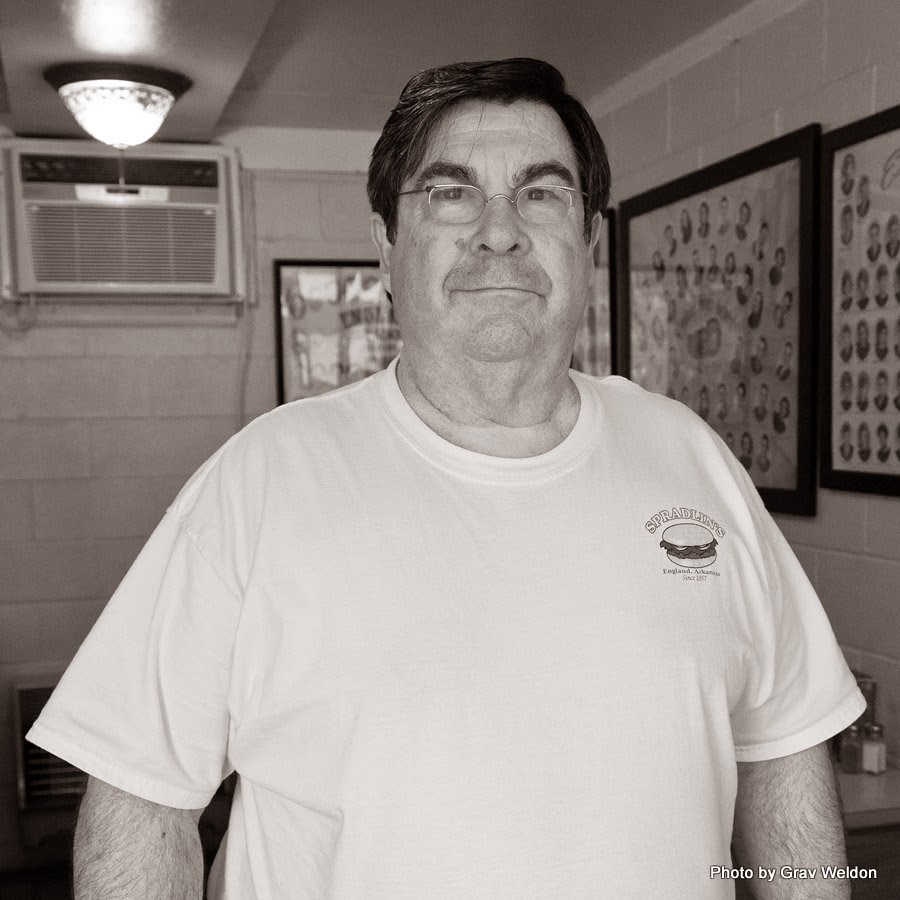 But Spradlin says his dad actually came up with the Frito Chili Pie back when the restaurant started -- and that the folks at the Frito Lay Corporation actually sent him a letter thanking him for his contribution and the creation of the dish.  It was sold in a paper boat for 15 cents -- a nickel for the Fritos and a dime for the chili -- and it was very popular.  Today, there are probably far more long dogs sold than Frito Chili Pies, but they're still on the menu -- and they sell for $3 each. 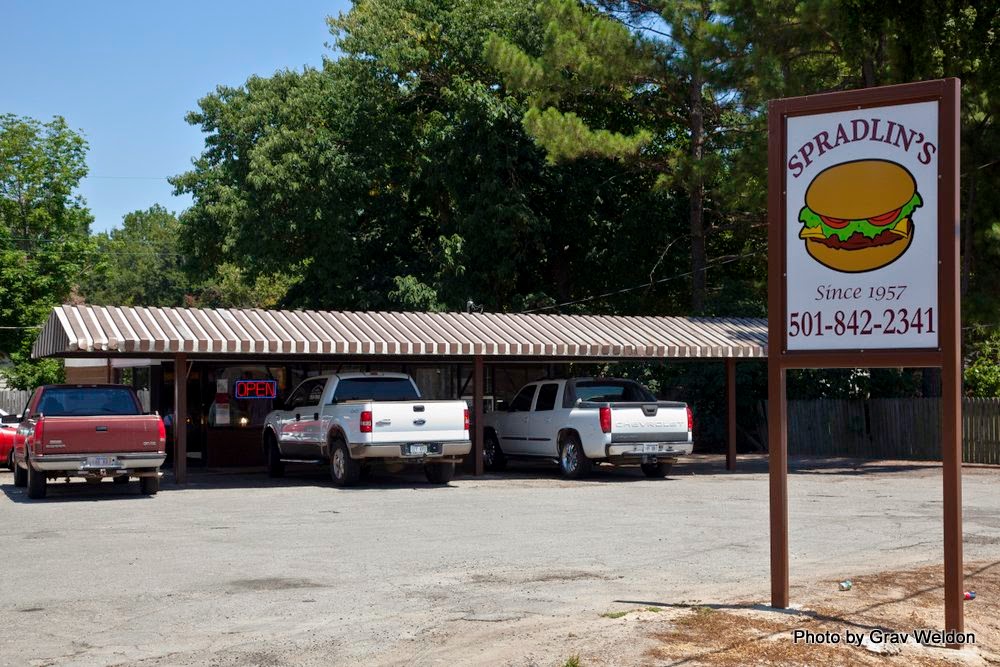 Several sources claim that the dish was first served in the 1960s by Theresa Hernandez at the Woolworth Five and Dime Store's lunch counter in Santa Fe, New Mexico. Others claim the mother of Frito founder Charles Elmer Doolin came up with the original -- and that Daisy Dean Doolin fashioned many Fritos dishes all the way back in the 1930s.  In fact, from 1935 to 1937, Fritos were featured in a campaign where housewives were offered a dollar for every recipe they could come up with that contained Fritos.  In fact, a brochure came out in 1937 with many of these recipes.  Then, according to the book "Frito Pie: Stories, Recipes and More" by Fritos creator's daughter Kaleta Dulin, a listing for Fritos Chili Pie appeared in the 1949 menu for the Dallas Dietetic Association Convention, alongside Frito-Kettes (salmon croquettes with Fritos), Fritos Happy Landings and Fritos Eggplant Casserole. 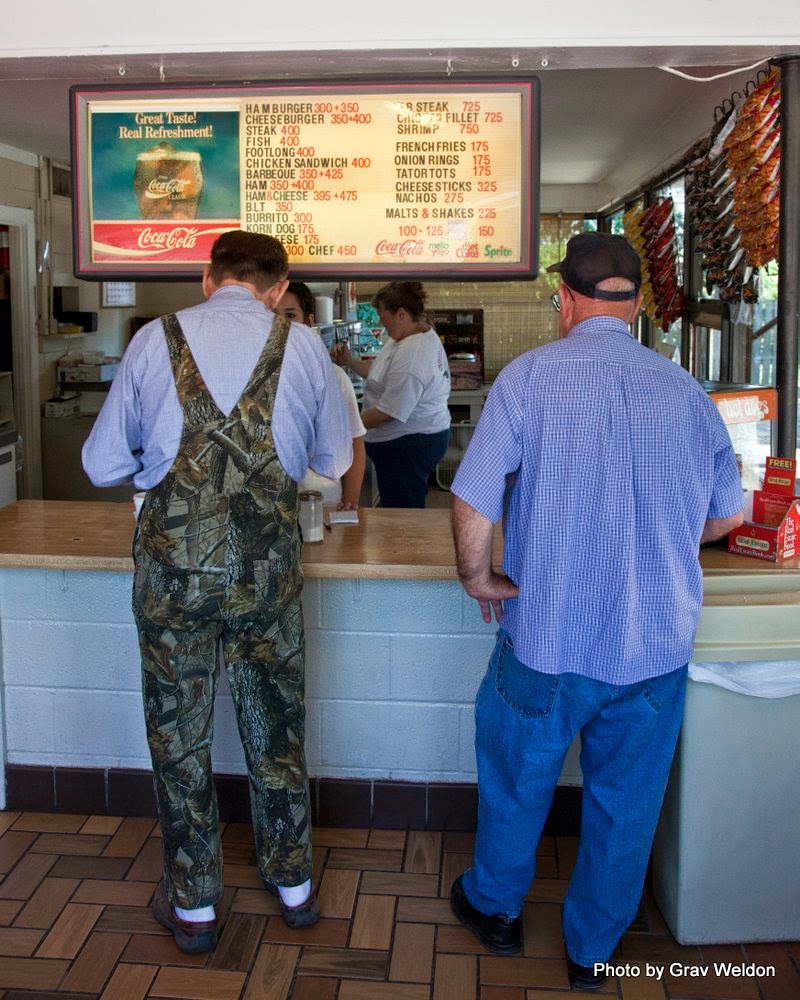 The recipe itself was printed on Fritos bags back in 1962 and was credited to Nell Morris.  However, this recipe called for layers of crushed Fritos alternating with chili, cheese and onions -- not the simpler Fritos covered with chili offered at Spradlin's.  The advertising campaign built around the concoction was aimed at selling both Fritos and the new Frito brand chili that had hit the market (and which has since disappeared).

Claude Spradlin, Jr. plans to continue with the restaurant -- five days a week he gets to serve up food to friends and buddies who drop in for a bite to eat and to chat.  Whether or not Spradlin's really is the original place where the Frito Chili Pie began, it's still a great little place to eat.  Check it out when you're in England. (501) 842-2341.
To purchase this article, email Kat Robinson at 4/25/2014 10:00:00 AM