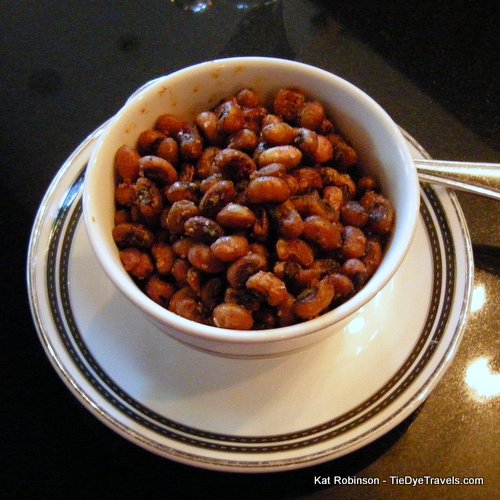 That, my friends, is a bowl of fried black-eyed peas... which are complimentary to diners at the Capital Bar & Grill in the Capital Hotel. 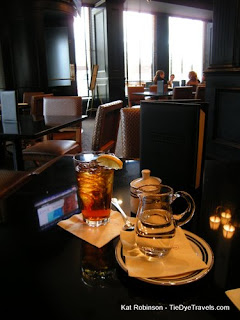 I have been remiss in talking about CBG... though I've sent many Twitter followers that way.   I mean, we're talking a classy establishment, one of those places that lists whole dollar amounts on the menu rather than dickering with cents, a place in the evening where you fully expect to see hep singles mingling in their fancy clothes.  However, get to talking lunch, and you have a spot where you can really entertain an out-of-towner.  After all, what's more intriguing to a non-Arkansaywer than a fried black-eyed pea?

Oh, well, maybe a homemade Moon Pie.You see, CBG's chefs have taken what's quintessentially Arkansas fare and raised it to a high-falutin' level.  But they've done it in a way where most folks can still afford to enjoy it. 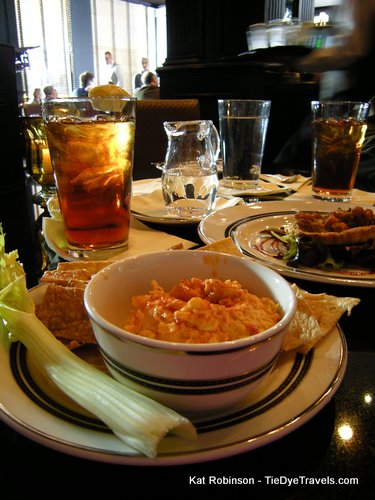 Take, for example, pimento cheese.  Yes, I have a soft spot for the delicacy, and I am starting to think it (along with cheese dip, pie, and jelly) is one of those foods Arkansas could be known for.  Alongside all the other epicurean delights on the menu... the simple dish of pimento cheese, served with homemade soda crackers.  It's got a nice smoky flavor to it, more than just a mix of mayo and cheese and pimentos, it has this hint of royalty to it.  Very fine. 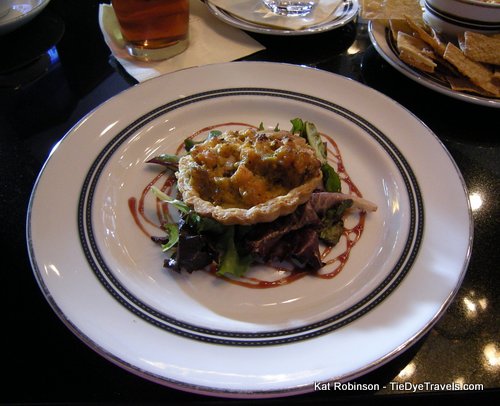 CBG does some great dinner options like steak and mahi-mahi and such, but for lunch you're missing out if you don't try the $8 weekly blue plate specials -- think home food with an elegant touch. 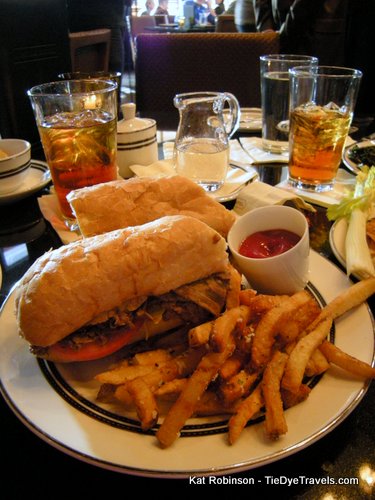 However, you'll do fine on the sandwiches, especially that Little Rock classic called the Sloppy Roast Beef ($9).  In New Orleans it might be referred to as debris with gravy; here, it's a very wet fork-worthy sandwich of note, served up on crusty bread with some of those fantastic Parmesan Fries I like so much.  A winner. 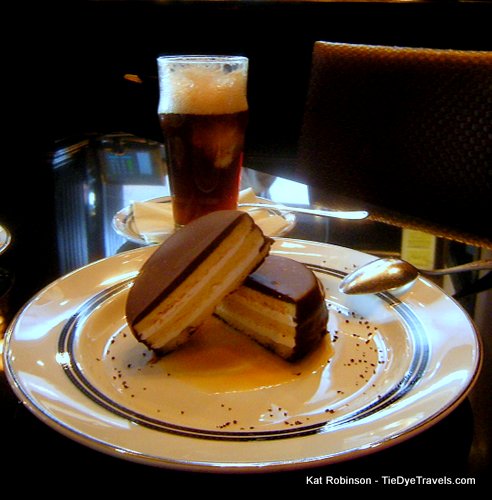 But it's in the dessert arena where you really feel the gentle amusement of the chefs.  I mean, seriously, root beer floats and Moon Pies?  But when you're talking about a float made from local brewery Diamond Bear's Diamond Rock root beer and homemade vanilla ice cream... or a Moon Pie confection created from housemade marshmallow.... you're talking about a grand reinterpretation of classics.  Don't worry, if you really want to try something challenging check out the bacon ice cream when they have it.  Desserts, by the way, run you $4.

Capital Bar & Grill, as I mentioned, is in the Capital Hotel downtown.  They have free valet parking, which rocks when you're trying to get in and out and don't want to deal with parking yourself.  For more information, call (501) 374-7474 or check out the website. 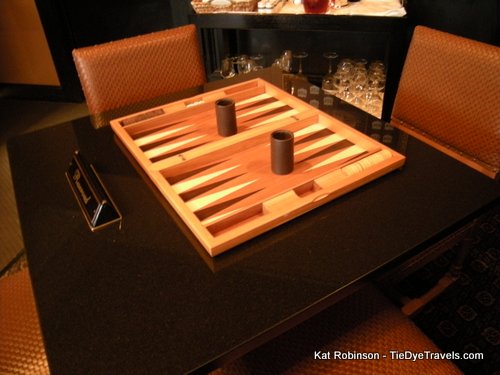