When Gangsters Ruled the Spa.

Note: The Gangster Museum of America has moved down the street to 510 Central Avenue, across from Bathhouse Row.

Chicago doesn’t like its gangster reputation -- and in the past few years has shed a lot of the museums and shops that might be seen as glorifying organized crime. Las Vegas, home of lots of alleged mob activity, hasn’t opened one yet. In fact, the only place you’ll find a museum dedicated to gangsters in the United States -- is right in Hot Springs. 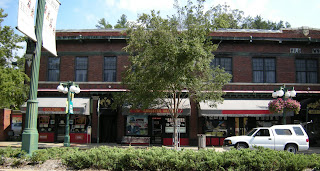 The Gangster Museum of America opened in April of this year… just down from Bathhouse Row and the Arlington Hotel on the town’s Central Avenue. The unassuming façade between a magic show and a pancake restaurant is moderately deceiving… there’s a lot of history here.

On a beautiful September day I traveled with several others to visit the unique museum and see what it was all about. I’ve heard lots of people talk about wanting to go, but had yet to actually talk with someone who’d been there.

On entry, it’s pretty plain -- it could be anywhere, except for the flapper-era music jamming away on the overhead sound system. You pay your $8 admission (less if you’re a kid, a senior citizen, or with a group), and you go in.

Our very knowledgeable tour guide was sure to give a lot of additional information not available on the tabs beside each of the pictures -- great details like who married whom, rumors and innuendo, and places in Hot Springs you can visit to round out your history lesson. 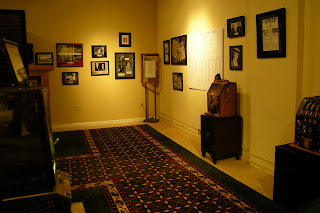 The museum itself consists of four galleries -- the Power Brokers Gallery, which tells the stories of Mayor Leo P. McLaughlin, Judge Vern Ledgerwood, and the rise of gambling in the “open town” -- the Owen Madden Gallery, named after the one gangster who was exiled from New York after a round in Sing Sing and who settled down and married the daughter of the local postmaster in Hot Springs -- the Casino Gallery, which showcases the history of the popular clubs that used to line the other side of Bathhouse Row -- and the Felony Theater, where visitors can watch a specially produced featurette on the museum’s exploration into the rumored catacombs gangsters were supposed to have employed below the city’s surface. 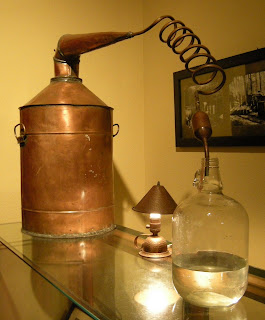 Along the way, you learn neat and interesting things about the town that gained two reputations -- one as a place of healing waters, the other as a place of sanctuary for organized crime. You learn about the popularity of moon-shining with the clear and clean waters from the natural hot springs; about two World War II veterans who came back and decided to try and “open up the town” (the veterans being attorney O. Byrum Hurst and Lt. Col. (later governor) Sid McMath. You find out who’s buried in Greenwood Cemetery, and who came to Hot Springs to “go legitimate.” And you learn that Hot Springs was sacred ground -- there were no gang battles here, no arguing over turf. From the beginning, big crime decided this was neutral territory -- and the big dealers from all the syndicates could come here in peace.

And there are other great stories, too -- some from people who are still living, like Ed Attwater. The 92 year old credits his long life to drinking nothing but Hot Springs water. He witnessed a lot of the goings-on during those turbulent years -- the twenties, the thirties, the forties. He recalls a lady friend of Lucky Luciano who would stay in town from time to time. He says Luciano would rent out the entire hotel for her, and send flowers every day. 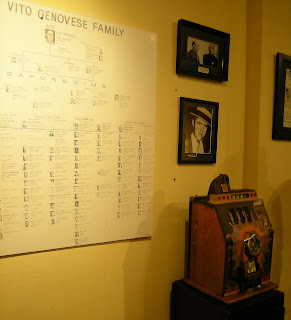 It was Luciano’s arrest in 1936 that signaled the beginning of the end for the gangster culture. Our tour guide shared an interesting tidbit -- that when World War II started, Italian dockworkers in New York refused to load ships bound for overseas, until Luciano was released to go talk with them.

You learn other things too -- such as the nature of a small vault in one of the galleries. The owner of the Colonial Pancake House next door has the rights to whatever is inside. When she passes away, a contest will be held to see who can guess the contents of the vault. 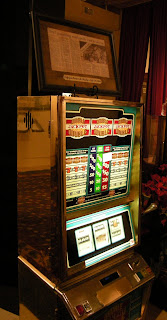 You get a chance to lose a little money yourself in one of the remaining slot machines. This isn’t gambling -- you might come up all cherries or bars, but the machines have been mechanically prevented from giving payouts. And there are plenty of audio-visual displays to sit and listen to and watch to find out more than you’ll get from just the displays. It’s a good balance between interactive media.

There’s also the story of Maxine, a lady who looked after call girls and ran a bordello above one of the local clubs. Maxine was something -- she had a convertible, and she’d let her girls ride on the back of it up and down Central Avenue. There’s a unique remaining interview with Maxine Harris Jones on video to watch, and one of the few remaining copies of her unabridged autobiography (few of these exist -- what you’ll find most places is the heavily edited, “names changed to protect the innocent” version). 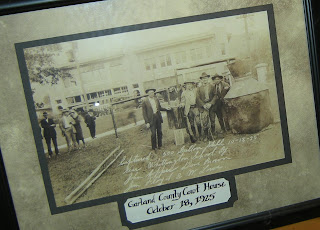 You discover more interesting facts about mob times in town, too -- for instance, that Tony Bennett first performed “I Left My Heart In San Francisco” at the Vapors Lounge… to a crowd of one. You learn the names of other performers and celebrities who came through town -- Frank Sinatra, Sam Giancomo, Hank Williams Jr., Eddie Fisher, Ray Anthony, Phyllis Diller. 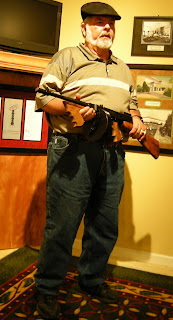 You can even touch and hold a real Tommy Gun… no, it’s not going to fire, but it is amazing to see how heavy one of the big guns are… and it’ll make you wonder at the movies that show “gangsters” waving them out of windows. They’re far too heavy for that, in my opinion.

There are a lot of other things you’ll discover there… but if I mentioned it all, what reason would you have to go? It’s an interesting place to see, and something entirely new amidst all the historic museums and attractions along the Bathhouse strip. Pair up a visit with a jaunt over to the Fordyce for the history of the National Park, and grab a bite to eat over at the Pancake Shop across the street while you’re at it. You’ll find the Gangster Museum of America at 113 Central Avenue… for more information, call (501) 318-1717 or check out the ever-developing website at TGMOA.com. And be sure to check back -- there’s a lot of space in the building for the museum to expand, and a lot of material to use for such an expansion -- so there should be something worth coming back for in the future.
Told by Kat Robinson at 4:04:00 PM