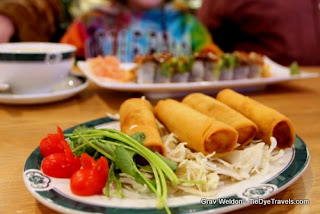 Fort Smith is full of culinary gems, restaurants that offer great value and great flavor. Smile Bull does a fantastic job of living up to the city standard with an array of Asian favorites and homegrown surprises.


I noticed the name of the place a while back - we were refueling at the gas station next door. I thought Smile Bull was a crazy name for a restaurant, but I've heard crazier (Imajerk BBQ, anyone?). 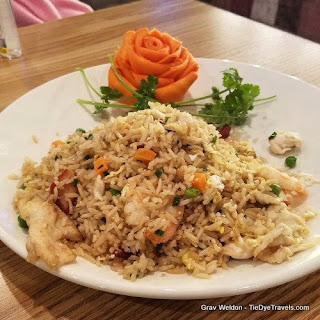 But a few weeks ago my newsfeed was littered with photos of the place. Grav and his family went over to try it out one night, and he found it more than satisfying. Well, it's been a while since I've had opportunity to spend time in Fort Smith, but the holidays required a visit to Arkansas's second largest city, so I was game for anything.

The diner - and yes, in many ways, this is just an Asian diner - wasn't much from the outside. Colored lights and "icicles" adorned the windows at the end of the building that faces Rogers Avenue, where the restaurant sits a mere 50 feet or so from the intersection with 91st Street. The room was full of just your standard tables and chairs, like any diner has. There was a large salad bar on one side, and plenty of posters on the wall celebrating Asian foods, including pho and bahn mi - both of which can be found many, many places in Fort Smith.

Our varied group dallied over the menu while Grav tried to make up his mind. Hunter knew what she wanted the moment she saw the menu, though - a Black Dragon roll. That's right, my daughter feels she needs her fill of eel, avocado and shrimp tempura each week, and this is how she usually takes it in. She also asked for a bowl of egg drop soup.

We each made our orders and Grav's father struck up a conversation with our hostess. The family is from China, and the restaurant's been open about a year. Grav and I fiddle-faddled over the fact he thought he'd left his camera in Little Rock (turns out he did not, yay for that). 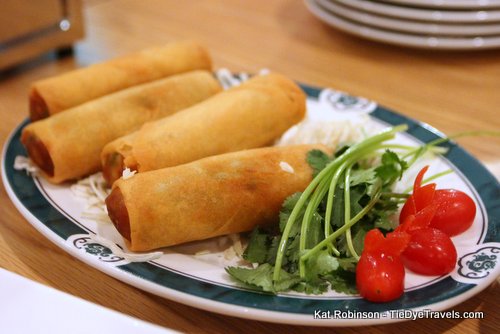 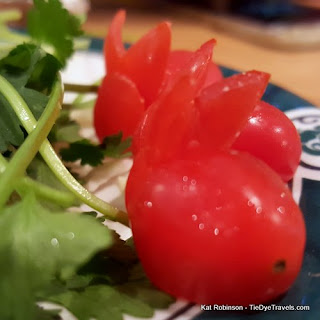 An order of vegetable spring rolls were brought to the table, and they caught everyone's immediate attention, thanks to the trio of adorable carved grape tomato bunnies that adorned one end of the plate. Too adorable to eat - or at least I thought they would be, until Hunter begged one to bite into.

Adorable presentation, sure, but wow, those spring rolls were 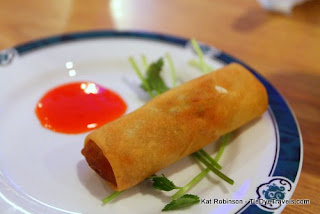 amazingly well done - the inside hot yet the vegetables crispy, the skin perfectly, I mean PERFECTLY, crispy. I used just a wee bit of the sweet and sour sauce provided, enjoying every bit.

Hunter's Black Dragon Roll and egg drop soup also arrived together, and she patiently waited for Grav and I to take our shots. 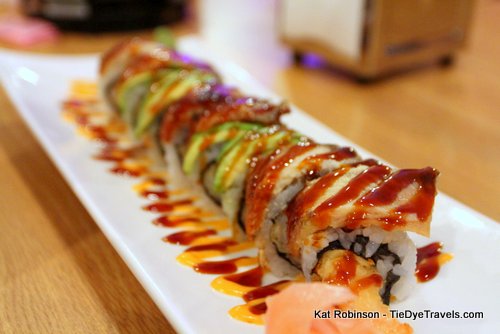 And yes, it was a gorgeous roll - a gorgeous roll that Hunter ate between the ends, every slice except the ones with the shrimp tempura sticking out. The lightly sauced roll (with sweet soy and Japanese mayo) roll included eel that was light and flaky and just-ripe avocado, plated with very thinly sliced pink pickled ginger and a chewed-gum wad of wasabi - which Hunter has learned not to eat, thank heavens. She was kind enough to let me have the oversized ends of her roll - which, I delightfully found, had the tails but not the tail shells often left on shrimp tempura when included in a roll. I was thankful for that.

Now, as I mentioned, Grav and his folks have been to Smile Bull before, and they've really enjoyed it. Grav was looking forward to udon and had encouraged his dad to get the same, since it's relatively mild. This is what he'd had before: 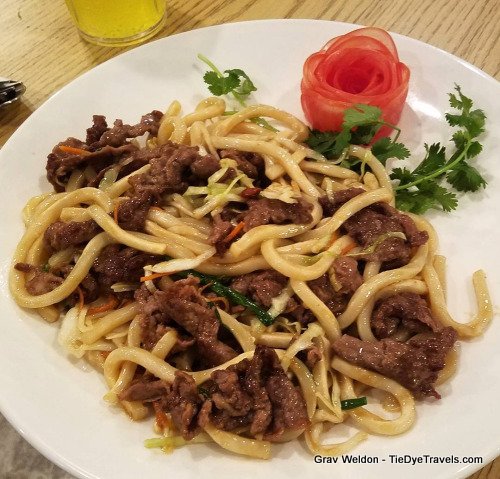 And this is what came to table. 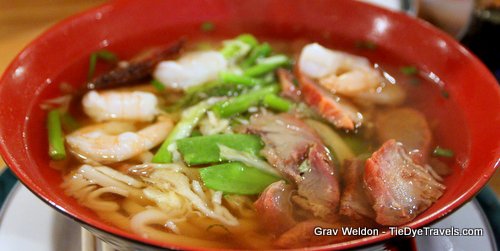 Now, I'd noticed udon soup and udon noodles as separate entries on the menu, but Grav had not, and while he enjoyed the soup he really wished he'd had the pan-fried udon again. He eventually pulled out a photo and I think he's made sure he knows what he's ordering next time. 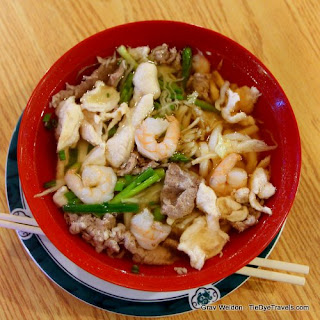 That being said, the soup bowls were absolutely gorgeous - full of pencil-thick udon, vegetables and plenty of meat. Grav's father had chosen a combination of shrimp and chicken, while Grav had gone for shrimp and barbecue pork. The oversized bowls were more than enough for an entree.

Grav's sister chose the mu shu pork, which came delightfully wrapped in almost paper thin sheets of dough with a lovely sauce on the side. 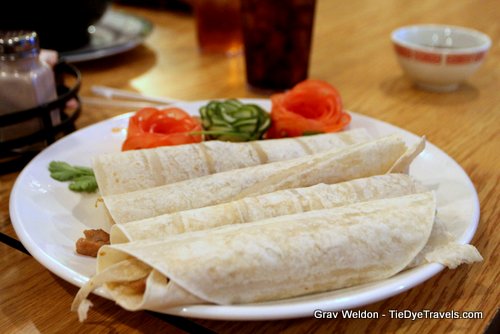 Still, I may have had to wait longer than the others at the table to receive my food, but I knew it was coming when I heard the sizzle. 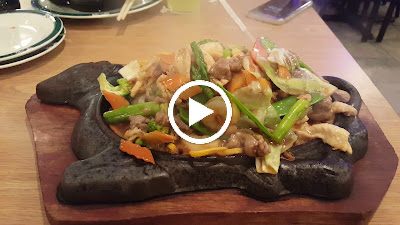 When I asked about the home pan fried noodles, I had thought it might have been a dish of hand-torn noodles like I've had in other establishments around the area.  I was still at that point debating between the dish, the Thai Panang chicken curry and the drunken noodles (I LOVE drunken noodles done right). The hostess mentioned they were lo mein noodles, and that it was served very hot - not spicy hot, but searing hot - and she was not wrong. 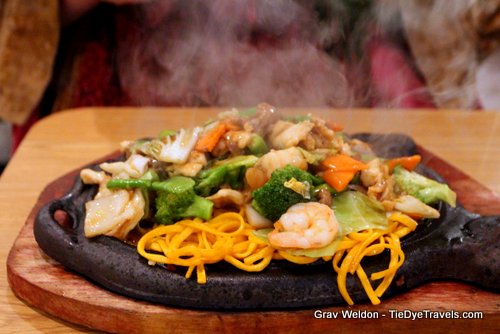 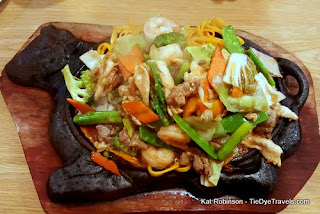 The bull-shaped platter brought to the table was laden with a bounty of vegetables and meat - chicken, beef and shrimp piled up with cabbage, snap peas, asparagus, broccoli and onion atop the lo mein all sizzling on the cast iron superheated below. It did not stop sizzling for several minutes, during which I stirred about the matter best I could. I was worried the noodles would be burned. Instead, those noodles caramelized with the flavor of all those other items and came out as a delightful, savory melange of flavor. It was a little light on the spice but a quick shot of soy fixed that with no worries at all. 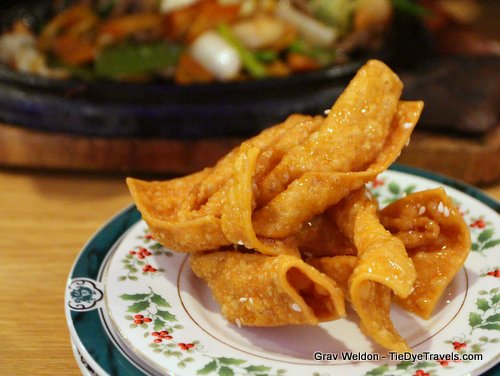 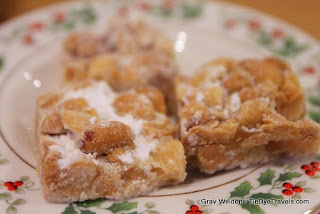 Another surprise came to table - two plates - one, a pile of sweet sesame sauced wontons that I immediately fell in love with; and a second with squares of homemade peanut patty that were rich and divine. Both were really amazing but we were all so full, so most went home in a box. 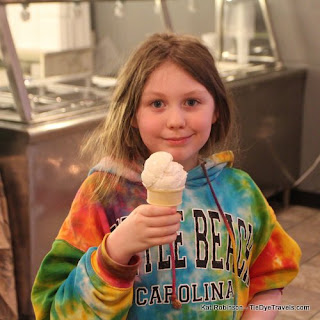 However, our kind hosts took a shine to Hunter, and even though she professed to having no more room, well, every eight year old has room for ice cream, so we walked out that evening with the child carrying a coveted strawberry cheesecake ice cream cone - better than icing on a cake.

Will we be going back to Smile Bull? You betcha. The noodles, I will admit, may not reach the epic flavor of the pad see-ew of Fried Rice, but Fried Rice is on Midland, almost exactly on the opposite side of town. Grav wants to give Smile Bull's Pad Thai a try, and I really want a shot at that Thai Panang. 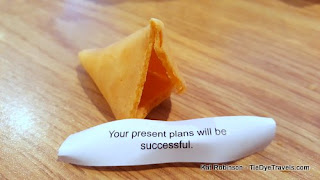 We revisited Smile Bull on April 14. 2017 and found it's still very, very good. Here are some of the things we tried. 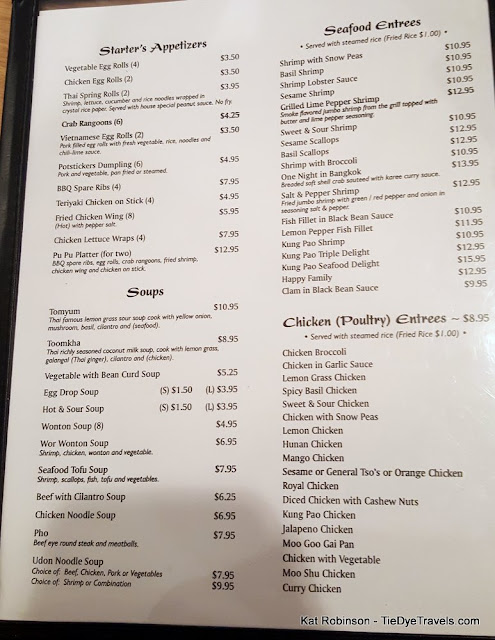 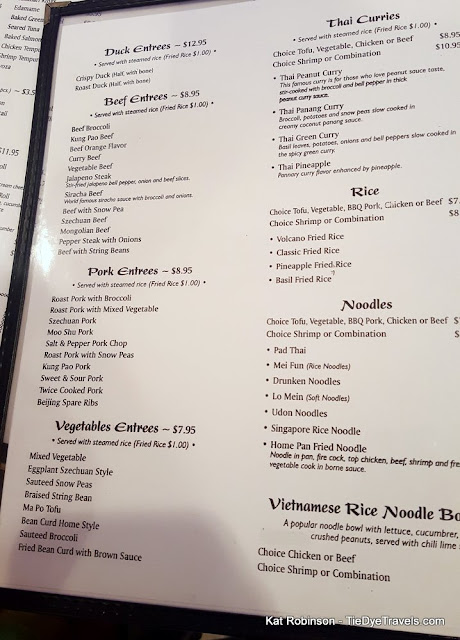 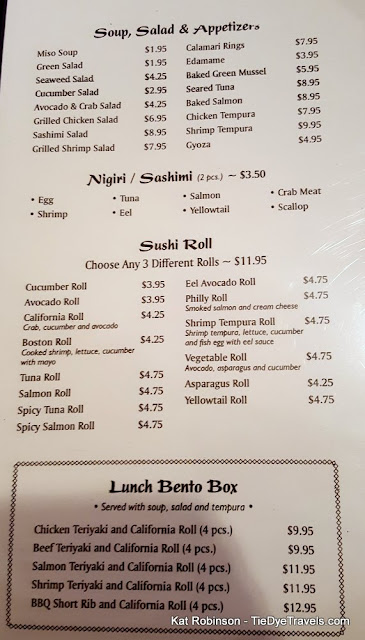 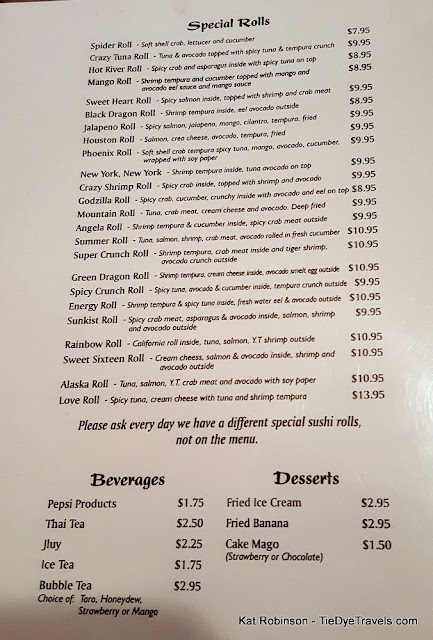